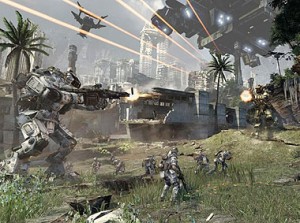 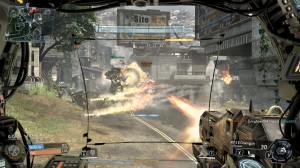 Being a massive football fan, upon hearing I was given the chance to review FIFA 13, I quite literally jumped at the opportunity. Also, as the only guy who has a lot of knowledge on the subject of football I was a shoe in for the job.

FIFA 13 marks the 20th edition of EA’s best-selling football franchise. With this anniversary come some pretty gigantic changes. As should be with any sports title, the most obvious changes made were made to the game play itself. The most noticeable to me had to be the “first touch mode”. When implemented properly, first touch mode allows the player to control the ball on a dime. Admittedly, I am not very good at using the first touch system on a consistent basis. However, I have fallen prey to several players in the online seasons mode who use it consistently and it can prove to be a deadly weapon in a player’s arsenal.

The next feature I spent time learning about was the new and improved attacking AI. Attacking has gone from the clumsy system of hoping your opponent makes a defensive error to a fluid system where your AI counterparts will make intelligent runs of the ball; including but not limited to “dummy” runs that will pull defenders out of position to open up space for the player holding the ball. This new fluid attacking system creates a much more realistic footballing experience for fans of the game. Games now have a discernible ebb and flow, and scoring is more about creating opportunities than forcing your opponent to make mistakes.

The final new feature that I spent time exploring was the new Kinect voice recognition. With Kinect voice recognition compatibility, the player can command his AI players to pass, shoot or even place a ball through the defense into space for the player to run onto. The only real flaw with the voice recognition system is that the Kinect will pick up ambient noise in your home and will assume you are arguing a referee’s decision. I was punished by my manager with suspensions three times for having a simple conversation with my wife while playing career mode.

Visually, FIFA 13 is a bit of hit and miss. The Stadia, weather effects and players (in top leagues) are rendered realistically and with great detail. However, the lower league players look shoddy and generic; while the crowds at games are still inexplicably rendered in 2D. On the bright side, the menus are absolutely gorgeous and easy to navigate, making this game extremely user friendly.

Making a sports game that feels like a new iteration in the series and not just a glorified roster update can’t be very easy, but for the last several years EA has managed to make it look easy. This year they have outdone themselves again with what is obviously the most realistic football game on the market right now. EA deserves the praise the critics and I are heaping on them.

In Dogfight 1942 players climb into the cockpit and into the shoes of one of four pilots taking on Axis powers during four different air campaigns. They span such historical campaigns as the Battle of Britain, the war in Africa, the Eastern Front and the Pacific island-hopping campaign.

The game features more than 20 iconic aircraft from the WWII era including the P-51 Mustang to the P-38 Lightening. Players will conduct missions ranging from escorting bombers to shooting down V2 rockets before they can make it to their destination. Even with all that going for it, Dogfight 1942 manages to fall somewhat flat.

The first thing you notice when you start up the campaign is the mediocre voice acting. From take-off until the end of every mission you are condemned to listening to half-hearted attempts at emotion and borderline racism. By the time you reach the third mission you will realize that there is no common narrative going on. The story for this game is nearly non-existent. From a graphical standpoint the mediocrity continues. Dogfight 1942 could easily be mistaken for a late original Xbox game or a PS2 title.

On the bright side, Dogfight’s combat is engaging and fun, especially with the inclusion of Ace mode. Dogfight’s greatest attribute is the pure simplicity of the controls, as anybody can pick up a controller and pilot their fighter with the precision of the Red Baron. The addition of an easy to play “couch co-op” means you and a buddy could be shooting down axis pilots all night long, and at a price point of only $15 (1200 MSP) it’s an affordable foray into the aerial combat genre.

Despite its failures Dogfight 1942 manages to be a decent addition to the aerial combat genre.