A One Man Kingdom Bash!

The freezing winter weather that seemed to have lasted 6 months here in NYC has finally ceased. Flowers are in bloom and the cars are covered in a green film, a reminder that spring is finally here. With spring’s arrival comes Playcrafting NYC’s Sping Play event at Microsoft in Time Square. This was my first time at an event by Playcrafting, but seeing some hidden gems was worth it.

The room is full of developers right here from New York and New Jersey looking to get people excited about their projects. After speaking to quite a few developers, most of them solo, it was obvious that these projects were more than that to them. These were their babies. One said developers caught my eye and his name was Matthew Alan Estock.

A small crowd was gathered around an LCD TV with four excited people with X-Box controllers in hand. On the screen was the frantic action of a game called Kingdom Bash. The laughing, oohs and ahhs, and the playful threats shouted across the half circle of seats were sucking me in like a tractor beam. Once my hands were on the controller it was no surprise why the crowd had gathered. Kingdom Bash is just plain fun. 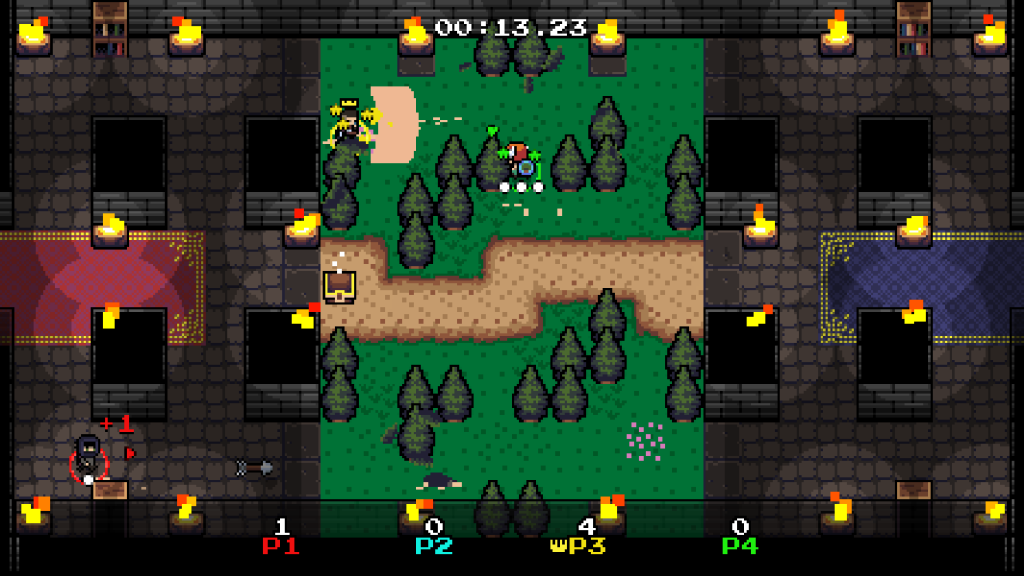 Inspired by games like Towerfall: Ascension , Kingdom Bash takes the 1v1v1v1 format and sets it on an isometric playing field. You take control of eloquently balanced archetypes; the Warrior, Ranger, Enchantress, and the Javelin throwing Dragoon. Each class has its own benefits and weaknesses. I chose the Enchantress for her homing fireball, even with her dreadfully slow footwork. The Warrior runs circles around her, but he needs to get real close to hit you. The Dragoon has a nice mid ranged attack and the Ranger can take you out from across the map but his arrows fly slower than other projectiles. I took a strategy of using the trees on the left side of the map as cover. I would pop out from one end and shoot a fireball that would seek out anybody close. Luckily for me, this was enough to keep the other players at bay killing each other. This was a good strategy to stay alive, but not very good for getting points. When speed boosts would spawn I was able to grab them and be much more mobile. This allowed me to dart closer to the action and take out a couple players at a time. 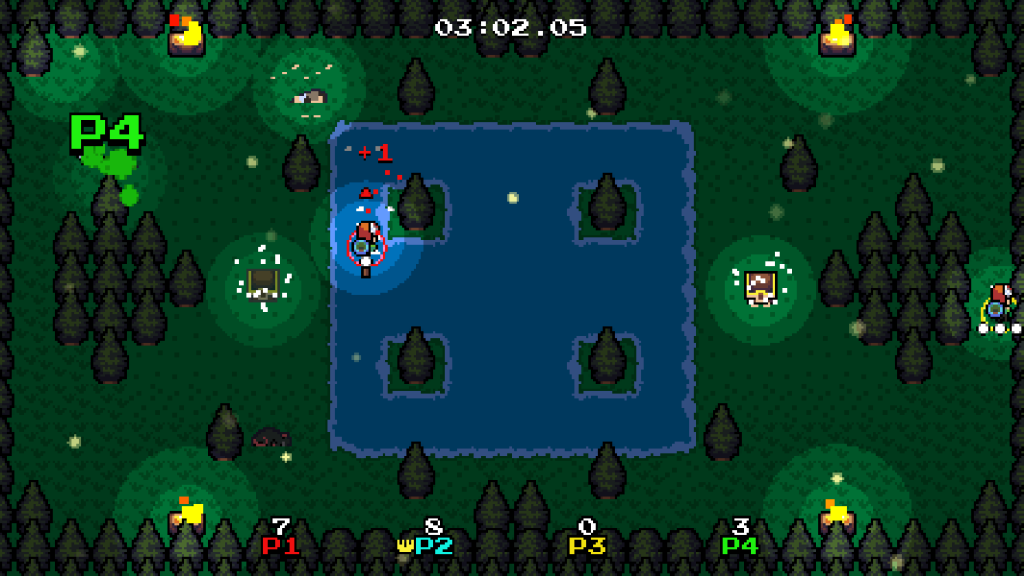 A Delicate Balance in the Kingdom.

The cool thing about each match is that everybody is so close together that the action is immediate. Power-ups drop in and out to give you an advantage like a speed boost or a shield and sometimes you get the power of invisibility. I found that the speed boost and homing fireball was a deadly combination as I could shoot and move quite effectively. Another cool feature is the ability to have monsters spawn and chase players around the map as they frantically try to kill each other. While this mode was still being fleshed out, it was really funny to see a stalemate between two players who could not stave off the monsters long enough to actually win the match.

As I mentioned before, Matthew is a solo developer that is taking this project on alone on purpose. This is his baby and it shows. A lot of care is going into the look, feel and balance of this game. Kingdom Bash is simple, yet complex in the way that it has you thinking about the character you choose and how you use the environment to your advantage. Don’t just take my word for it, you can play the alpha build in its current state in a pay what you want model here. Trust me, this game is going to dominate couches in living rooms  around the world hopefully very soon.