Today, at 2 P.M. PST, Nintendo gave their last Super Smash Bros Direct; and boy did they deliver. The director of Smash Bros., Masahiro Sakurai, went into further detail of Cloud and the character has been releases as of this writing. 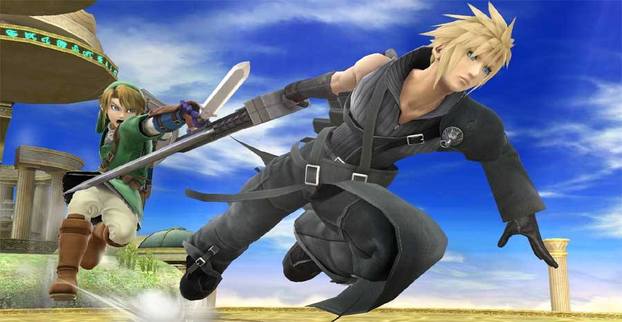 Mr. Sakurai also announced two new fighters to join the ranks of Smash Brothers sometime in February. Corrin and Bayonetta! Corrin is the protagonist from the new Fire Emblem entries Birthright and Conquest. Smash Bros. will have a male version and female version of the character (Much like Robin and Wii Fit Trainer) . Bayonetta is of course the heroine from cult classics, Bayonetta and Bayonetta 2 and will be sporting costumes from both entries of the series. On top of these three unique and extremely detailed characters, Nintendo announced two new stages, a hand full of new song tracks and a closet full of Mii costumes. Exact package details are as followed:

As for the Mii Costumes, they did not give exact details on pricing or grouping of items but they are as followed:

Of course no Smash Bros. presentation is complete without Amiibo announcements! Nintendo has confirmed that Ryu, Roy and Rob (Famicom Colors) will be released on March 18, 2016. Cloud, Corrin and Bayonetta are all confirmed to be getting the Amiibo treatment sometime in the future!