Just over two months into its life, The Nintendo Switch has eclipsed 5 million in sales, and finding a console is nearly impossible. Amazon sells out of their stock in under 20 minutes. The handheld/console hybrid is a runaway success, and appears to have the software lineup to promote a lengthy life for itself. While Nintendo has always had a stranglehold on the handheld console market, there recently had been a second player in the game. Sony’s two portable systems, the PSP and the PSVita have been able to carve slightly into the market, but is it possible to ride the Switch’s coat tails and switch the conversation in their favor? While it isn’t likely, here are a few way that Playstation can steal The Switch’s thunder.

There are some Nintendo Switch-like mock ups for a handheld/console hybrid of Playstation’s own that are garnering some serious buzz from the industry. Simply making a hybrid console woudn’t be enough for Playstation to really matter in this battle. In order to figure out what it will take, we have to look at what mistakes were made with previous Playstation handhelds.

Nintendo has a (recent) history with not being able to garner enough support from third party developers. Playstation, when it comes to their handhelds, have found the opposite problem to be true. Playstation’s first party studios abandoned ship entirely too early in the Vita’s life cycle, yet the Vita has one of the most impressive attach rates of any gaming device. While an accurate number may be hard to come by, it is believed that the Vita’s software attach rate sits around 15:1 (meaning each Vita owner has around 15 games purchased for the device). To be fair, the last number I can find was from Sony themselves touting a 10:1 back in 2015 with around 8 million units sold, so take this with a grain of salt. With just over 17 million Vitas sold, it is easy to get excited by the attach rate numbers, but for some reason, Playstation doesn’t get excited enough to support it with first party exclusives. This is the first way Playstation can steal Nintendo’s thunder. Nintendo will be supporting the Switch with a vast amount of first part titles, as it is their main console for the foreseeable future. Playstation must up the ante and throw all their big guns at the Vita 2. Infamous, God of War, Uncharted, Horizon, The Last of Us, etc are all the types of games that MUST be on the console. Even the 3rd party exclusive titles must make their way over. They cannot let Nintendo have a monopoly in quality of games. Playstation needs to commit. 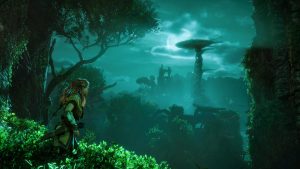 I am already confident that whatever hardware Sony will come up for this hypothetical console will be far superior to the Switch. Sony is a hardware company. They make quality products with cutting edge technology. Nintendo likes to focus on keeping products as a palatable price, and doesn’t focus very much on having the “best” of anything tech wise. Sony could do The Switch better. In order for it to pull the rug out from under Nintendo, Sony would have to pull from their insane bag of tricks. Playstation Now and Playstation Vue have proven that they have cloud streaming down. Perhaps they could try and use cloud COMPUTING to combine Vita 2’s to improve performance of games. An example: The Switch can connect 8 consoles locally, but each system is its own independent machine communicating over a network. What is the Vita 2 instead used each processor in tandem with each other to boost performance? This could allow each Vita 2 to be used without sacrificing power during local cooperative play. It is possible that the Vita 2 could actually become the Playstation 5 in that regard. I am not engineer, but the larger point here is that Sony will have to throw out a powerful, yet competitively priced machine.

Speaking of competitively priced – there is no way that Sony can sell a Vita two or any other hand held console with those ridiculously priced memory cards. Proprietary memory cards are a thing of the past. One of Nintendo’s smartest moves with the switch was allowing the use of SD cards for storage. These cards are easy to find and relatively cheap. This is a small change that would have a huge impact on Playstation’s next device. It is a no-brainer. 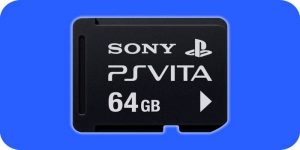 Finally, the best thing Playstation could do to shower dirt over top of Nintendo’s Switch is to have a ubiquitous store where all Playstation titles can be played on it. If the device is as powerful as they should make it, there is no reason why they cannot have a powerful emulator to play Playstation’s titles of years past. Perhaps the only way to do this might be to expand Playstation Now, but if they really want to shower that heavy dirt on top of that coffin, they will have to figure out how to do it. Nintendo will touch a rich history in its Virtual Console eventually, and Playstation MUST have a response. Also – these old games MUST have trophies. Otherwise there is no point, right?

We’re rocking a five-man show, so much like episode 269, we’ve got a full crew.  What does that mean for you?  We’re about to take you to the podcast equivalent of Jurassic Park.  Every member of our gnarly gang is present and accounted for.  Sometimes, you gotta end a sentence with a preposition.  In truth, despite the rule of English grammar, ending a sentence with a preposition sounds closer to our natural speaking habits.  And, at Proven Gamer Studios, we try to keep it causal.  We don’t, however, approve of Hawaiian shirts or any shirt that features patterns of fruit or palm trees.

No Man’s Sky has arrived, and while Donny is rolling his eyes, Yield is clamoring like a kid on Christmas.  We look forward to his deep and insightful thoughts on a future episode.  Unfortunately, for Donny, No Man’s Sky is on the agenda this week, and since it’s huge game that has garnered massive amounts of attention, we simply can’t ignore it.  Episode 270 marks week one of No Man’s Sky watch — much to Donny’s chagrin.

Join the Trophy Whores as they discuss, among other things, No Man’s Sky, THQ, PlayStation Neo and PlayStation Vita.  Despite the promise and potential of the PlayStation Vita, Sony stopped supporting it, and gamers responded by bashing and ridiculing Sony.  As the current leader in the home console market, Sony seems poised to keep that position — as long as the company doesn’t take another stab at the handheld console market.  Nintendo owns the handheld market, and the PlayStation 4 has done extraordinarily well.  What’s the apt adage?  Koalas don’t eat sushi after midnight.  Polar bears are a shade of purple that the human eye can’t detect.  Unicorns aren’t a myth, they’re just great at hide-and-seek.

If you wish, you can always download the show here – Trophy Whores 270 – No Man’s Sky Watch