Last week, Digital Foundry released the full specs, and their impressions of Microsoft’s upcoming Scorpio console. As promised back at E3, it looks like they will be fulfilling the promise of the most powerful gaming console to date. The console will feature a CPU that is 30 percent faster than the Xbox One, and a GPU that is 4.6 times more powerful.  The Forza Motorsport 6 engine was used to demo 4K gaming at 60 frames per second. It is no doubt an impressive machine. However, for many gamers, the question isn’t about the number of teraflops it has, but the games they can play on it. Scorpio needs first party games to drive its sales at its initial launch. Unless Microsoft can expand their first party lineup, Project Scorpio will not reach its true potential.

There are three factors to consider when looking at the Scorpio and its first party lineup. What games have been confirmed, what is likely coming along with the Scorpio, and unannounced projects.

It has been confirmed that Xbox One games will be playable on Scorpio. The console is slated for a 2017 release date. The path forward for Microsoft would appear to be show Scorpio at E3 and then announce a holiday launch. So the first factor to consider with first party games coming to Scorpio are games that are already in development. When you start looking at the list of exclusives that have been announced for 2017, it leaves something to be desired. Keep in mind that this isn’t the full list, but just the major games:

Tacoma and Cuphead are both exciting Indie games that I look forward to playing. I have been a fan of the side-scrolling shooter going back to the days of Metal Slug in the arcades. The pace of Cuphead looks to be hectic, to say the least, and the art style brings memories of the great cartoons of old. Gone Home was an amazing experience and seeing what that team can do with a space setting puts Tacoma in a great place. However, neither of these games are console sellers. They should be the icing on the cake of the major console exclusives. 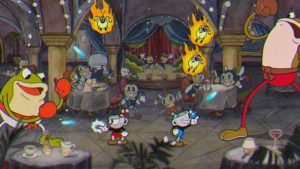 This leads us to the other four games on this list, as well as Halo Wars 2 that just came out last month. The destruction that is possible in Crackdown 3 looks incredible. An open-world game where pretty much everything and anything can be blown up and torn to shreds. However, the way this game is being released is odd, to say the least. Not only does the game not have a firm release date beyond this year, but the multiplayer is coming out before the single-player campaign. What will be the gap between these two parts? Sea of Thieves looks to be a hilarious multiplayer experience based on the previews and gameplay demos that have been released. But can a multiplayer adventure game be a console seller like an Uncharted 4, Persona 5, or God of War? Much like Sea of Thieves, State of Decay 2 is another multiplayer centered experience. Not only that, but how much traction will it gain in the heavily watered down open-world zombie market? 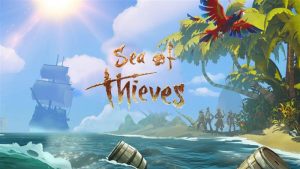 What is Probably Coming:

The lack of single-player Xbox exclusives leads right into the second category when looking at the relationship between Scorpio and Microsoft games. What games are we likely to see announced at E3 and beyond? 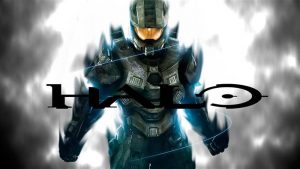 With the launch of the new console, I think it is safe to say that we will see the next installment of the Halo series. Halo 5: Guardians was first revealed in 2013 and was released 2 years later in October of 2015. Between Halo 4 and Halo 5, there was a three-year gap. So it seems plausible we could see an announcement of Halo 6 at E3 with a potential release in time for the expected launch of Scorpio in late 2017. For Scorpio to not launch with one of its most reliable titles seems like a critical mistake. At the very latest, it makes that a new Halo would be out in the first quarter of 2018. 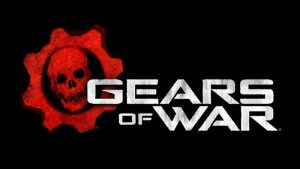 Gears of War 4 was just released last year. The game which started the new story of JD Fenix, the son of Marcus(the main character from the original trilogy) puts Gears on solid ground. The campaign was well received and there is an overall feeling that it puts the franchise on solid ground from a single-player standpoint. And of course, the Gears of War Horde Mode is still one of the best, if not the best in the industry. Since we are less than a year from the anniversary of 4’s release, the next installment in the series is still probably a few years out. I don’t expect we will see much if anything of Gears of War 5 at E3 this year. 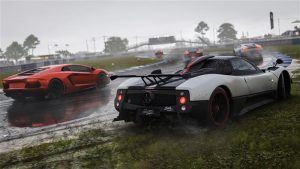 Forza Horizon 3 was a reminder of how fun an open-world arcade racer can be. Australia was a perfect setting for the franchise, allowing for a combination of dirt, beach, jungle, and city racing. The variety of cars, from Ferraris to off-road buggies gave players vast possibilities and let them tackle events and races using the cars that they saw fit.

Since Horizon was the most recent game, it is fair to assume that the Forza Motorsport series is up next. Unlike the arcade feel of Horizon, Motorsport provides the simulation feeling for the hardcore racing fans. Seeing as how the Forza Motorsport engine was used to demo Scorpio to Digital Foundry, and the games have consistently been on a two-year cycle dating back to the original game in 2005,  it seems like a safe bet that Forza Motorsport will be ready to go this year.

Halo, Gears of War, and Forza will help drive the sales of Scorpio. They are reliable staples of the Microsoft exclusive lineup. However, that reliability also is the reason that they won’t be enough to keep up with Sony and their expanding list of exclusive games. These are known quantities. Gamers know that they are coming. The thing that separates Sony from Microsoft in terms of exclusives is that PlayStation has supplemented the known with surprises. Horizon: Zero Dawn, Nioh, Spiderman, Detroit: Become Human, God of War, Days Gone,  Yakuza, Uncharted 4 and the upcoming expansion Lost Legacy are just some of the games that highlight the balance of known and unknown that Sony has been able to balance. This leads right into the third factor for the Scorpio.

How Many Unannounced Projects Does Microsoft Have? 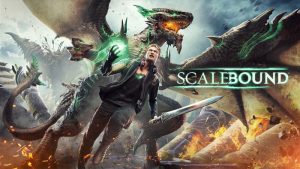 Even though it was received with mixed reviews, Recore is a game that I applaud Microsoft for releasing. It was a risk, a new franchise. These are the types of projects that Microsoft needs to continue to try in an effort to find the next great franchise for Scorpio. For a long time, Scalebound looked to be that game. A massive RPG featuring dragons, magic, multiplayer, and a protagonist wearing headphones was something different. It didn’t fit the mold of any game that Microsoft has had as an exclusive in a long time. Even if it didn’t turn out to be a success, it was another project that showed how Microsoft wanted to expand their library. Unfortunately,  with its cancellation, we will never know if Scalebound could have the next great exclusive for Xbox. Quantum Break is another game that is out in the world. The blend of third person shooter and tv show was a unique idea that I would love to Remedy Entertainment take another crack at.

Phil Spencer and the rest of the Xbox team have acknowledged that first-party success is needed for Xbox to continue to thrive. The challenge they have in front of them is not relying on the known quantities to be the heart and sole of Scorpio. With the announcement of the Scorpio, hopefully, we will see the reveal of new games and new ideas that balance out Halo, Gears, and Forza. The expansion of its first party lineup for the launch of the Scorpio is the key to Microsoft’s success. This is a challenge I hope they are ready to take on and push gaming forward in the way that they are capable of doing.