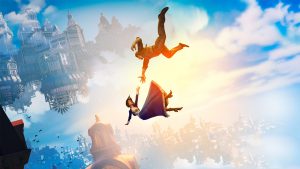 Over the past decade, Wrestling games and their fans have been stuck. Given that developers have tossed back and forth between the idea of simulation and arcade style games. Dating back all the way to WWF Wrestlefest, these games have been traditionally brawlers/fast paced games which didn’t feel well set for a 60 minute Iron Man Match. Past games let you brawl into WWF New York, and drop the People’s Elbow in Times Square. These matches would make you impatient if they went over 5-6 minutes and quickly become boring. More recently, with 2K’s acquisition of the WWE franchise rights, things have begun to change. 2K has brought the title more towards a stylized simulation and made this a real fan favorite for wrestling fans.

A Commitment to Excellence:

Starting with the Main Event. WWE 2K16 brings wrestling back to the table in all of its kayfabe glory. To compliment the largest roster the game has hosted, character models have been updated, and look stunning in their updated environments in 1080p at 60 frames per second. Given the last incarnation of WWE 2K was plagued with screen tears, match ending glitches and some inaccurate character models. Fans will also be delighted to know that Cody Rhodes (Star Dust) will not get jumbled in the ropes during his signature Disaster Kick. Another small thing you might not notice in this year’s title is updated and outdoor arenas.

For me, the community is a huge part of WWE games. I love being able to sign on at any given time during the day and see that I can get matched up with an opponent. On top of improved online connectivity, 2K’s community creations have grown due to a major revamp on the Creative Mode side. Players are now able to utilize multiple different variations of gear thanks to new sections, and this in the long run makes for many characters easily created, which improves on the already MASSIVE roster. It is very easy to get carried away and create characters to actually replicate your ideal dream matches. Some of my favorites thus far have been:

*Editors Note: We made Randy the Ram, no Ram Jam though.

Another story told, another great showcase:

2K Showcase mode returns this year, and with it a new story. Stone Cold Steve Austin is the featured athlete of both cover and showcase this year. The story of the meteoric rise of “Stone Cold” is well told and historically accurate through excellent FMV, and video bumpers. The matches themselves are well chosen and some of the most important pieces of Stone Cold’s rise to fame. This mode beyond boasts great unlockable content and a high replay value.

A great game doesn’t come without at least a small fault. WWE 2K16 suffers from a major setback in its technical aspects. Grapple and Submission are almost as hard to understand as that girl who you fell in love with in college, but could never get to say the worlds. I mean honestly, it’s a timed button mashing system that runs you in circles. This was a major problem last year. Given the games strategic mishaps, this will leave you frustrated and in need of a shot or two if your timing is off. Adding to that is a convoluted circular pin escape system that would even keep Cena down for the 3. This has been an issue plaguing the 2K series for more than a year. I can see this frustrating long time patrons of the series. It feels like a major learning curve. This is my opinion though. Many people do enjoy the new controller system.

Overall, WWE 2K16 is a major upgrade over its predecessor. 2K put in the work this year that was needed in last year’s incarnation. In a year of broken games, it’s good to see at least one annual title rise to its community’s demands, and fix the things we felt was wrong.

*WWE 2K16 was provided for review by 2K Games. This review is the independent publishing of The Structure Network, and has in no way been sponsored or provided.