Dead Pixels is an addictive zombie shooting spree recently released on Steam after passing through Steam’s Greenlight. It had previously been released on Desura. I am happy to report that Dead Pixels is a great game for zombie lovers; to an extent.

The gameplay is simple: run and gun. If it’s moving, don’t stop pumping it full of lead until nothing but a squishy ground remains. There are a large number of different weapons to use, but it has the problem with guns that Borderlands had. Yeah, there are plenty of guns to use, but there is almost no difference between most of them. For example, there is a double barrel shotgun, and a quad barrel shotgun. There is almost no difference between them, besides the stats, and how quickly it’ll eat up your ammo. This isn’t a flaw in game design; Borderlands proved guns which are extremely similar can still be executed correctly. However the issue with this, just like in Borderlands, is that they try to advertise the large amount of weapons while there are only four or five different types of guns. 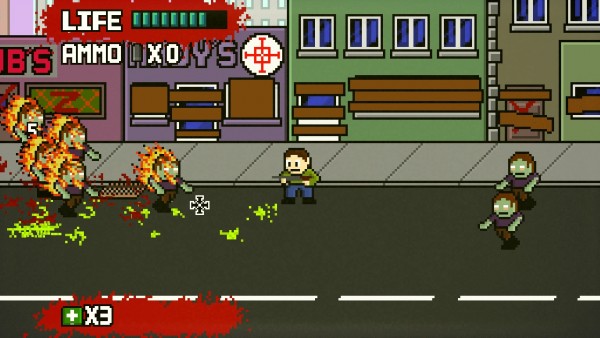 There are a variety of game modes to choose from in this game. You have survival mode, time attacks, normal Dead Pixels, and a few others. Survival mode and the regular DP game are most likely the two features that will be the most interesting features gamers will want to play. While playing the game, you will acquire money and loot from killing zombies, surviving waves, etc. which will be used in shops run by survivors. There you can purchase weapons, throw-able weapons, ammo, items, and even upgrades for your character. I was thrilled when I first went into a store and saw the upgrade category, but was quickly disappointed. Almost none of the upgrades in the game are worth the money. For example, there is an upgrade you can purchase for increasing the player’s speed. Even after I poured a large amount of money into each speed upgrade, I didn’t notice any changes in my speed, even with the upgrade maxed out! 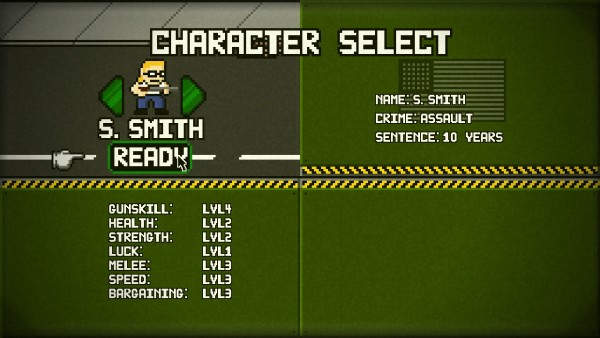 The game also has special types of zombies: like every zombie game out now has. There are your normal walkers, military zombies in armor which are harder to kill, fast, strong, ranged, poison; the list seems to go on and on with the variety of the infected. This brings me to one of my last points. Why are there only 5-7 gun types in the whole game, yet there are nearly twice as many zombie types?!

Was Dead Pixel fun? Yes. Will it set the world on fire for great profit? Most likely not. It’s a game that you will probably play for 4-6 hours in one sitting, and then you won’t touch it for months, until you get the urge to come back to it. For only $3 bucks the game is appropriately priced. So if you want a game to burn a few hours of your life, this game is just the thing for you.