The long-awaited DLC for Uncharted 4 has a name, and a set of characters. Uncharted: The Lost Legacy kicked off the Playstation Experience Showcase today. The game will focus on the the story of Chloe, introduced in Uncharted 2 and Nadine, the leader of the militia group Shoreline in Uncharted 4.

After showing a trailer to open up the showcase, fans got more information at the Naughty Dog Panel shortly after. The story begins after the results of Uncharted 4. The majority of the story will take place in India, where Chloe and Nadine are on the hunt for an ancient tusk.

In terms of length, Naughty Dog said during the panel that the game will be longer than the Last of Us: Left Behind, but shorter than Uncharted 4.

Sony launched a trailer showcasing a new multiplayer mode for Uncharted 4 called Bounty Hunters, available today.  Team up as you hunt down the oppositions team captain and collect the bounty placed on their head.  Each kill results in dropped tokens which your team must collect in order to score points as part of a “confirmed kill”, and it is the opposing team’s job to defend that token to deny you the upper hand on the score board.

A fan favorite map, the Village, makes its return and has players swinging on ropes, hurling kerosene canisters, and battling their way through the small Tibetan Village set during the events of the single player campaign in Uncharted 2: Among Thieves. 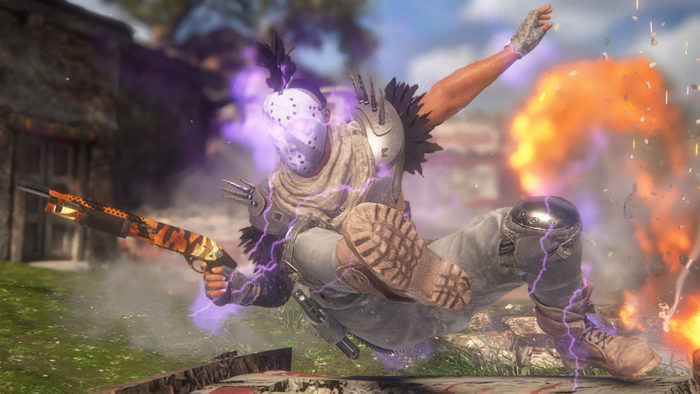 New multiplayer skins and taunts have been added, as well as a new array of weapons including the Harrison 1890 lever action rifle, the DC single action revolver, and the Lowe-S assault rifle.   A new mystical has been added called “Shield of Asgard”, and grants the players invulnerability for a duration of time allowing them to become a bullet sponge in the heat of battle.

Last, but certainly not least, players will now be able to access the newly implemented Cinema Mode, which will give them full control to record their favorite matches.

Be sure to view the Uncharted 4 Bounty Hunters DLC trailer below!