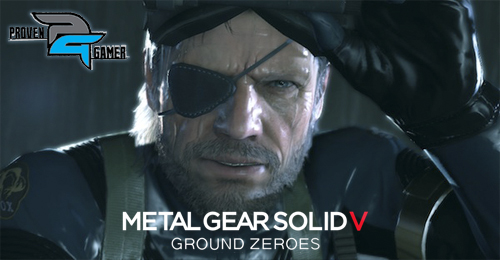 Konami has announced an exclusive pre-order DLC for its soon to be released Metal Gear Solid V: Ground Zeroes for PlayStation®4, PlayStation®3, Xbox One and Xbox 360, and released assets showing several key gameplay additions in action.

Kojima Productions has also confirmed that all four versions of Metal Gear Solid V: Ground Zeroes will benefit from an accompanying iDROID App. Accessed by iOS, Android, and Smart Glass systems, the iDROID service acts as a second game screen and syncs with the main action. It can be used to show a map of the world and summon air support, while any cassettes found in the game can also be played via the App, and it will also show your global ranking in terms of mission success.

The iDROID provides the ability to build Mother Base. The Mother Base is an integral part of the iDROID App and works as a stand-alone game. Using iDROID, players can sync with Ground Zeroes, and work on their Mother Base while on the road or listen to music and intel contained on cassette tapes found in the main game.