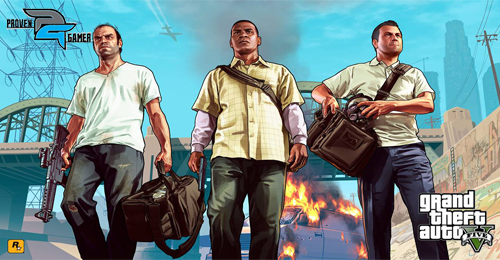 According to Eurogamer.pt, Portuguese retailer Worten is confirming that they will sell the PS4 version of GTA V.

Worten confirmed to us that have indications that place, in fact, on sale PlayStation 4 Grand Theft Auto V version, this in response to the opening of bookings for this version .

Once contacted, the response Worten was as follows:
“On the issue that got us, we would inform you that we have the information that Worten stores will sell the game in question.”We remind all readers that Rockstar Games has not confirmed versions for the new consoles (Xbox and PlayStation 4 One) and PC, but over these months, ie since the September release for the PlayStation 3 and Xbox 360 various rumors that have arisen and directions in this regard.Right now the PlayStation 4 Grand Theft Auto V version remains in reserve in Worten site .Worten page does not mention a release date, but the store SuperGamer Czech, who also is taking reservations for the PlayStation 4 release, along with the Xbox and PC versions One notes that the release date is June 13 this year .Another retailer, SuperGamer Czech, is also accepting reservations for XB1 and PC.
Retailer Worten, right now, only appears to accept reservations for PS4. That said, I think it is a highly unlikely that a new-gen edition of GTA V is exclusive to PS4.