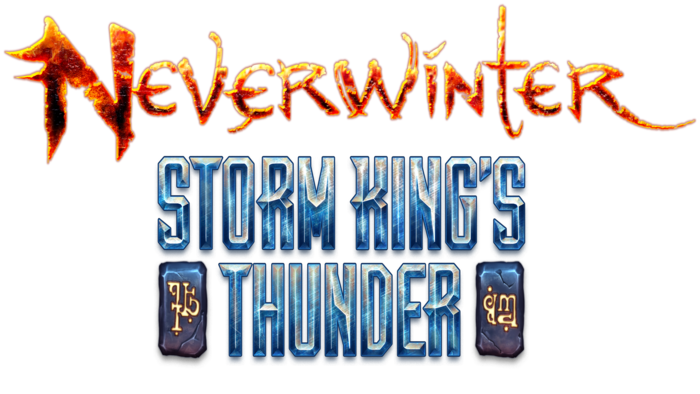 Storm King’s Thunder begins as frost giants force their way into the northern regions of the Sword Coast, creating a call-to-arms for Neverwinter’s strongest to defend the land from these gargantuan invaders. Adventurers will travel to Bryn Shander, the largest settlement within the Ten Towns, to save the townsfolk from attack, learning a powerful artifact, the Ring of Winter, was stolen along the way. To defeat the frost giant threat, players will need to enlist the help of classic Dungeons & Dragons characters such as Catti-brie, Wulfgar and Harshnag. Once the battle has been won, they will continue on to Lonelywood and Cold Run, until they eventually reach Fangbreaker Island, a remote isle in the treacherous Sea of Moving Ice.

A full list of gameplay updates available with the release of Storm King’s Thunder and Guild Alliances includes:
·        New Campaign – The new end-game campaign for Storm King’s Thunder is broken down into three parts, each unlocking a new adventure zone. When all three zones are cleared, players will have access to the dungeon on Fangbreaker Island.
·        Three New Adventure Zones
o   Bryn Shander – Adventurers must visit this remote settlement in Icewind Dale to save its inhabitants from attackers.
o   Lonelywood – After clearing Bryn Shander, players will move on to the town of Lonelywood, where they will fight off trolls and other beasts.
o   Cold Run – The last adventure zone is the frigid coastline of Cold Run, where adventurers will come face to face with the mighty frost giants.
·        New Tier 3 Dungeon – Adventurers will need to complete the new Storm King’s Thunder campaign and equip their characters with high-level gear in order to access Fangbreaker Island, the most difficult five-player dungeon in the game.
·        Class Balance Adjustments – In an ongoing effort to maintain balance for Neverwinter, we’ve made major adjustments to three classes, the Hunter Ranger, Scourge Warlock and Guardian Fighter.
·        New Bosses and Enemies – Besides defending the land from frost giants, players will fight off swarms of arctic beasts, as well as three new bosses who rule over Fangbreaker Island.
·        The Maze Engine: Guild Alliances for PlayStation 4 – Guilds of all sizes can form alliances with one another to strengthen their strongholds, team up to level them faster and earn better rewards for both guilds.
·        Sword Coast Chronicle for PlayStation 4 – Quality of life update to guide players towards end-game campaigns, completing heroic deeds along the way.

Neverwinter is a free-to-play action MMORPG that features fast-paced combat and epic dungeons. Players explore the vast city of Neverwinter and its surrounding countryside, learning the vivid history of the iconic city in the Forgotten Realms and battling its many enemies. Neverwinter is available on PC and is free to play digitally on Xbox One (with Xbox Live Gold*) and PlayStation 4 (PlayStation Plus not required).

Check out the original launch trailer below: