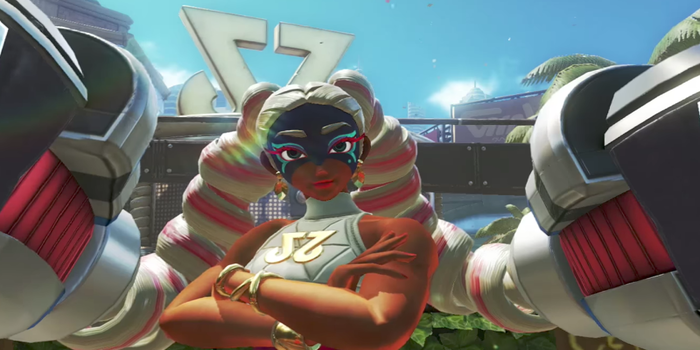 (Bad) Luck of the Draw

Week 2 of the Global Test Punch leading to the launch of ARMS has come and gone and I have to say I am slightly disappointed. After a stellar experience in week 1, I was excited to see all the new modes that week 2 would introduce. However, due to the random nature of match making, I was unable to try out the Boss fight – or – the basketball match type. Video coute

As seen from the video above, Headlock looks like he could be a blast to play against with some friends. Unfortunately I was not able to get into a match against him, but regardless it looks like a really cool addition. It looks like Headlock has 6 arms and takes powers from either the players in the match, or random ARMS characters. Hopefully we get to fight him again next week during the final test punch.

This mode seems cool too, but I was again not selected for a match up. This looks like it could be a fun way to sharpen your grabbing skills. As I said in my last write-up, grabbing seems to be an essential mechanic necessary to exploit if you want to be any good.

The internet lost their damn minds when Twintelle was announced. She is a sexy french fighter that uses her hair to slap people around and the bottom half appearance had all the boys hot and bothered. That being said, I was more curious about how she plays and I was left underwhelmed. I think I will stick to Ninjara and his swift teleport abilities, but it was fun seeing 6 Twintelle’s in my game lobby.

Round two was more of the same for me, but that only means that I had a lot of fun. The only real issues I have with the game right now are the constrictions we have during these Global Test Punch sessions. I really hope I get to try out Round two’s match types one more time but I certainly am inching closer and closer to a pre-order.