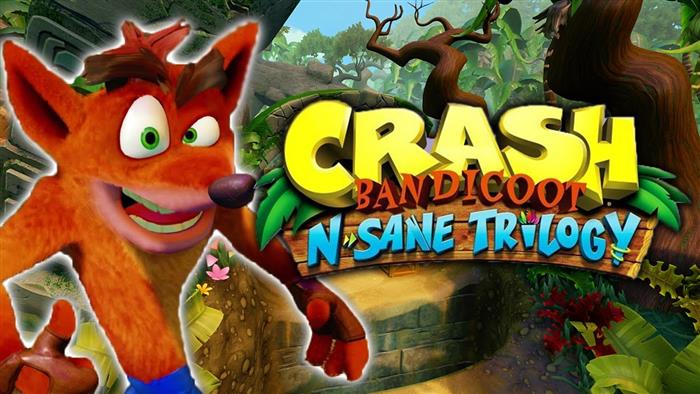 In 1995, when I was a wee lad with a decade of Earthly experience, my mom took me to Toys ‘R’ Us to pick out a video game console.  As we entered the store, a Sony PlayStation and a Nintendo 64 were featured on side-by-side televisions. I grew up with a Nintendo Entertainment System, and with years of experience blasting through boxers in Punch-Out and running through castles in Super Mario Bros., Nintendo had the early advantage. They did not keep it. I was a child, so, despite the power of brand recognition, I was liable to change my interest as quickly as a mercenary for hire.  As soon as I saw Crash Bandicoot, I picked up the PlayStation controller.  Crash won my heart.

Since that day, I have owned every PlayStation console released for the home market.

In the early days of PlayStation, Sony Computer Entertainment needed a marketable mascot to go head-to-head and toe-to-toe with Nintendo’s Mario. Crash was to Sony as Sonic the Hedgehog was to Sega. While Sonic has seen more success, Crash helped launch the PlayStation brand and contributed heavily to a new era in gaming. And, to be honest, people have long asked Sonic to hit the bricks.

When it comes to video game sales, Mario will always be king, because Nintendo has created the most versatile and recognizable character in the history of video games. If you can host raucous parties, drive a go-kart, and swing a tennis racket, then I think that you have enough talent to generate enough cash to fill 64 dump trucks.  To be fair, Crash played way better in commercials. Sony’s legendary Crash Bandicoot commercials, etched into history via YouTube, were brilliant and hilarious. Sony and Crash seemed to have an edge and an attitude from which Nintendo shied away. We saw that divide play out between the Sega Genesis and Super Nintendo; however the rift grew wider when Sony released the PlayStation.

Naughty Dog and Crash had the biggest booth (among Sony games) during Sony’s first Electronic Entertainment Expo, so while he never toppled Mario, Crash provided Sony with the marketable and endearing face that they needed to establish a foothold in the home console market. During those days, video games were still seen as playthings for children and teenagers. Final Fantasy, Metal Gear Solid, Twisted Metal and Tomb Raider deserve much credit for growing the PlayStation brand, but Sony and its games division owe a lot to Naughty Dog and their hog-riding, kart-driving, plane-flying marsupial. Crash did it all. Unless you’ve ridden a polar bear, then you aren’t as cool as Crash Bandicoot.

Crash converted me to the PlayStation brand.  I hope that didn’t sound too cult-like.

After the NES era, with the inception of the next generation, I graduated to the Sega Genesis. In retrospect, I often wonder why I opted for the Genesis (instead of the Super Nintendo). While the Genesis was beloved, no thanks to Eternal Champions, the SNES had — far and away — the superior software library. It’s like comparing pulled pork tacos to a bologna sandwich. The next time that you’re at a restaurant, look around and see if someone is sipping a margarita and following up with a big bite from a bologna sandwich.

I’ve owned Nintendo and Sega consoles since buying a PlayStation, but following the release of the PlayStation 2, Sony’s latest hardware has always taken priority. Admittedly, I spent more money on Nintendo 64 games than on PlayStation games – but I bought the PlayStation first.  I’ve continued that tradition with each hardware generation. And I haven’t purchased a Nintendo console since the Wii.

Crash Bandicoot was my door to the world of PlayStation, and thanks to Naughty Dog, I have come to know Twisted Metal, Sly Cooper, Ratchet & Clank, The Last of Us, Horizon Zero Dawn, Uncharted, Resistance, Until Dawn, Shadow of the Colossus and God of War. If I have only one home console, then it needs to be the latest incarnation of the PlayStation.

Crash has fallen on harder times. After Crash Team Racing, Activision gained the rights to the franchise, and they proceeded to shame the body-slamming bandicoot with poorly reviewed games.  If they were less cruel, they would have tied boulders to Crash’s legs and tossed him into a rural lake.

Crash Bandicoot N. Sane Trilogy reminds us that Crash Bandicoot and Sony have great history and, with the right direction, Crash games have been dynamite. Crash Bandicoot: Warped, the third game in the series, remains the pinnacle. While Naughty Dog created three terrific platforming games, and one fantastic racing game, their ability to iterate, expand, and improve a winning formula ensured that Warped built on the success and quality of its predecessors.

In the absence of Crash, I might not have taken to the PlayStation brand. We will never know. More importantly, we will never have to know. I am PlayStation first, and I thank Crash Bandicoot for bringing me home.

Crash Bandicoot N. Sane Trilogy will be available on June 30.