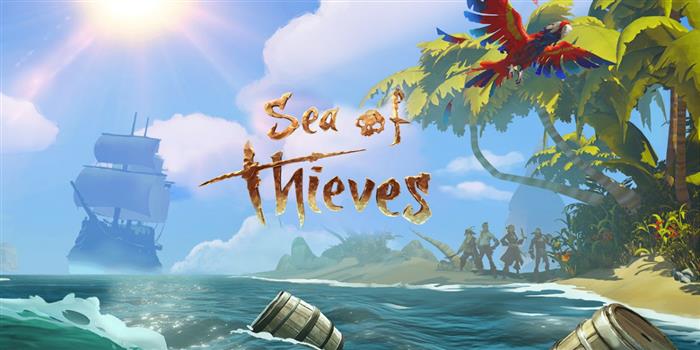 Sea of Thieves was back at E3 this year with a gameplay trailer. The narrator introduced pirates aboard a ship before diving down underwater to explore a sunken ship. The trailer presented a humorous tone throughout.  After collecting some treasure from underground, and narrowly avoiding confrontation with a shark, we were back aboard the ship.

The trailer moved to an island, where players were able to explore freely, finding shortcuts, landmarks, and vistas. Pistols and shotguns were used to take out skeletons. The players found themselves underground after discovering a cave on the island. After exploring the cave and using a clue found on parchment, the characters discovered buried treasure; however, things quickly went south as more skeletons showed up. The other players in the party had to take out the skeletons since the player with the chest was unable to fight. On the beach, players still on the ship were able to provide cover fire as everyone made it back to the ship.

On the way to an outpost to trade the loot, the ship was attacked during a storm by another vessel. An intense ship battle turned ensued, with characters boarding the enemy ship and partaking in melee and pistol combat.

Sea of Thieves will launch on Xbox consoles in early 2018.