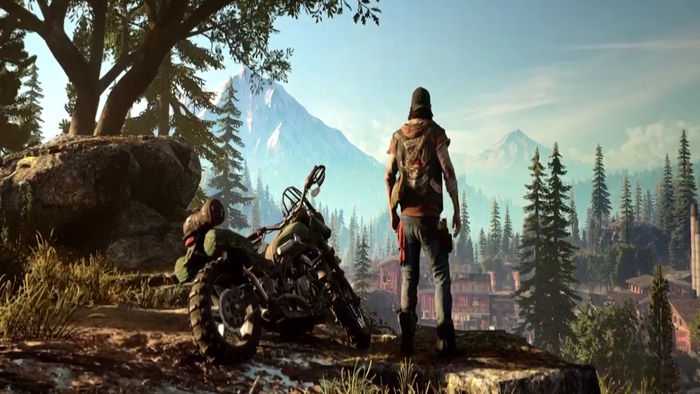 Days Gone received an extended gameplay trailer, showing off the dangers of the wild. The trailer starts with Deacon taking a job to find a missing man and heading out on his motorcycle. He is quickly ambushed by raiders and knocked off his bike. He is able to fight them off, but his bike is destroyed.

He is forced to head into the woods to search for supplies. In the forest, he comes across a group of stringed up dead bodies, only to have one of them come to life and attack him. Further down the trailer, he stumbles into another bandit camp and must take cover to avoid detection. Using the tall grass as stealth, he maneuvers his way around the camp to the other side, setting traps and using rocks as a distraction.

Once past the camp, he sees a wave of zombies, much like what was seen in the previous E3 demo. he avoids confrontation and sneaks away from them through the river. At another camp, he finds the man he was set out to recover. In order to get past his enemies, he destroys a barrier holding back zombies, who quickly clear out the enemies.

Deacon dispatches the final enemy and finds the man he is looking for. Before they are able to regroup, a zombie bear attacks before the logo is shown.