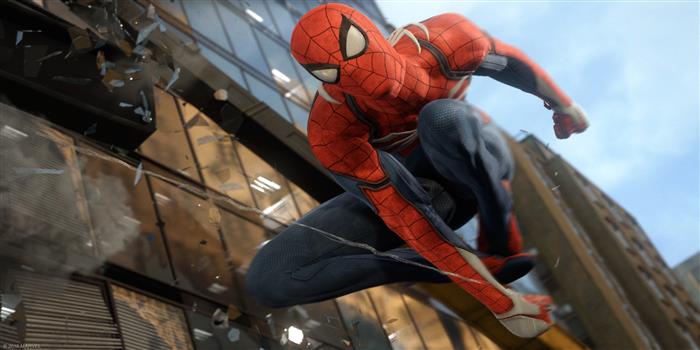 Sony closed out its PlayStation Showcase by showing off new footage and gameplay for Spider-Man. the trailer started showing Spidey in a construction site, taking down enemies known as the “Demons” from above using various stealth and web attacks.

He then goes into a new room to find a construction worker held captive. Combat is then shown, with Spider-Man bouncing and jumping around taking out enemies using a combat system that looks very similar to the Arkham franchise.

A call then comes in from Kingpin Wilson Fisk, telling Spider-Man to keep his men alive and maybe he will give him some information. This leads to the first boss battle. Spidey takes down a larger enemy using dodges and quick attacks. Fisk then calls back, telling Parker that he is about to meet the man who runs the Demons. He goes to the roof to discover a villain with super-human abilities leaving in a helicopter. He is knocked from the roof and must make his way back up following the prompts of a quick-time event.

Once he makes his way high enough up, Spidey pursues the helicopter, showing off the web travel features of the game. Along with web-slinging, wall running also appears to be a way to move about the city. Eventually, Paker makes his way to the helicopter before engaging the boss of the “Demons”, a man named Lee who runs a local homeless shelter. To avoid the vehicle taking out the city, Spidey creates a web net to catch the chopper just before it lands.

The trailer ends with Spider-Man entering the helicopter and being attacked by Lee. The trailer closes with a release date of 2018.