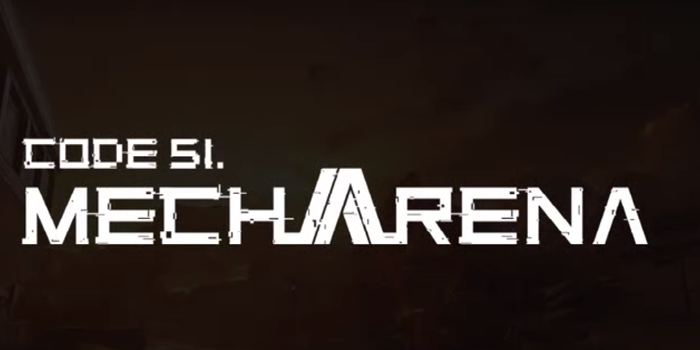 War never changes, even as the world reels from the ashes of global war. In Fall of 2017, China-based game developer SmellyRiver announced Code 51, a brand-new immersive mech-action game for the PlayStation VR, HTC, and Oculus. A trailer accompanied the announcement, showcasing both gameplay and the technical features of the game. Yesterday, SmellyRiver announced that Code 51 will be launching on the PlayStation VR first on April 24th, with HTC and Oculus to follow sometime after.

Code 51 takes places on a post-apocalyptic Earth. Unending war across the planet has not only led to a massive loss of life, but it has rapidly changed the entire ecosystem of the planet. The use of chemical, biological, and nuclear attacks has drastically change the entire climate, creating extreme weather and destructive storms. In this world, riches and wealth are everything. Anything that can be obtained will leaded to a better life. Throughout the rubble, documents are uncovered for a mysterious new energy source, known as Code 51. Code 51 had been available before, allowing for humans to build cutting-edge technology and ferocious battle mechs. Whoever can find this large reservoir of Code 51 will dominate the world.

Code 51 will feature a full-fledged single-player campaign, offline and online multiplayer, and, 9 fully-customizable mechs with varying degrees of offensive and defensive capabilities. There will be three multiplayer arenas at launch with more to appear in the future.

Of course, as this is a VR title, players will fight in the cockpit of their mech, witnessing the carnage of mechanized warfare will immersed in the frantic chaos of battle. One of the biggest strengths will be the freedom of movement, which is severely lacking in the PSVR space. The only other mech-focused games have been R.I.G.S, a multiplayer-focused launch title, and Arch-Angel an on-rails shooting experience. Code 51 will, hopefully, fill the void.

Code 51 is available now on the PlayStation Store