The time I spent with Ionball 2 made me think about how much fun I used to have with games like Brick Break. Ionball 2 takes that very same formula of you trying to break all the “bricks” (in the case of this game the bricks are robots), with a paddle and a fast moving ball. In many ways Ionball 2 improves on this formula and in other ways it just drops the ball. 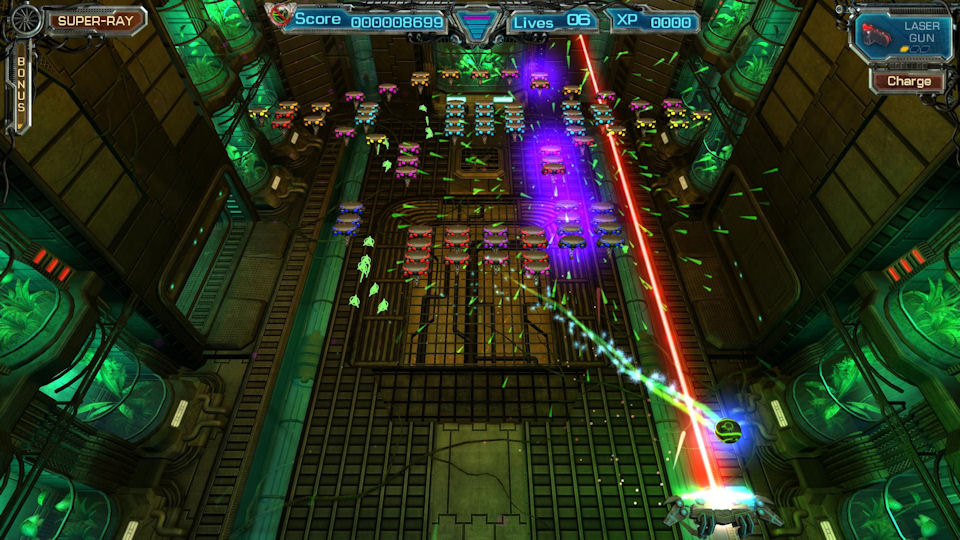 The game itself is most certainly fun. You start off in a space station of some sort at the bottom level. After you beat the stages on the bottom level you then get to go and select the boss stage for that level. Each boss has a different mechanic to it, ranging from a standard kill all the enemies or  one where you only start with a paddle and you have to wait for the boss to throw the ball out towards you and try to hit it back at it. After beating the boss you will move on the next stage and continue. What’s really nice is no two levels are the same. Each one is different, so it’s like figuring out a new puzzle every time. The gameplay is very fun, I found myself getting irritated when I miss with the paddle but I always went back, and when I finally beat that level it felt really really good.  On top of all this, they have even implemented an upgrade system. During each level the enemies you defeat drops XP which you can spend on passive or active upgrades. Passive upgrades are upgrades such as; a longer bat, the ball does more damage and a vacuum for the XP so you don’t miss it when it’s dropping towards you. The active upgrades can give your ball a machine gun attachment, make you paddle shoot out a laser for a few seconds, and a rocket launcher that will focus more annoying robots. 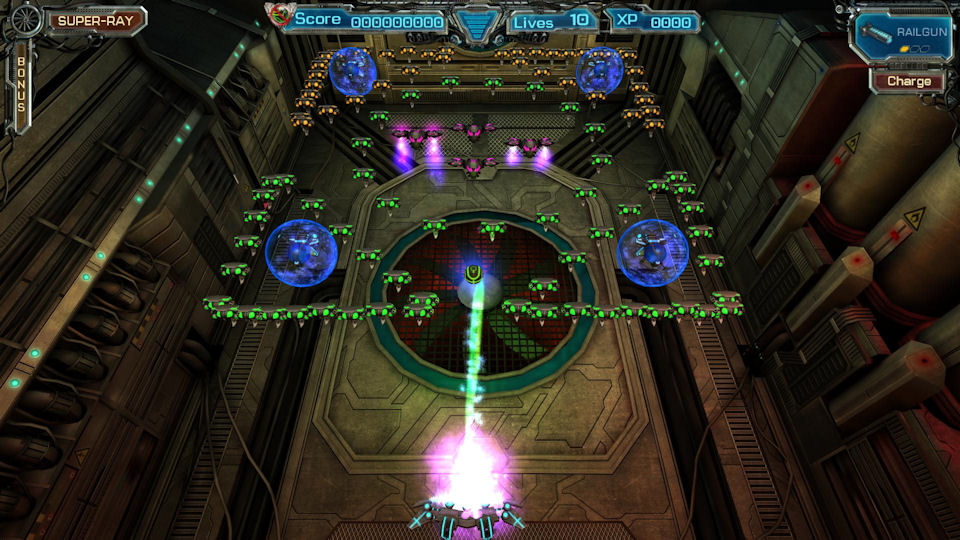 Sadly not everything about this game is great. Starting off I wasn’t a fan of the fact that you absolutely have to use the mouse. Not saying it’s terrible but for something like this I would much rather uses my arrow keys. One of the things about the mouse that bothers me is the fact that the paddle follows your mouse 100%. This doesn’t seem like a bad thing until let’s say you have two monitors and when you go to make a save and swing your mouse hard right, sure I saved the ball, but because of that hard right my mouse cursor is now way on my second monitor, so when I go left I have to wait for my mouse cursor to get back to my main monitor until my paddle will move, and that 1-2 second delay in a game like this can easily lose you a life. I have lost several lives due to situations like that. This all could have been avoided by either A) allowing me to use my arrow keys to control the paddle or B) making it to where once the paddle is on the screen that’s what my mouse controls and it stops my mouse cursor. I also came across a few bugs while playing. Sometimes when my ball would fall off the level, it would never show  back up and I would have to exit the stage, which then results in me losing how much progress I made in that stage. I also came across a glitch during a boss that made it so I couldn’t die. Sure it’s cool and all, but there is no challenge in that, and I like my challenges. 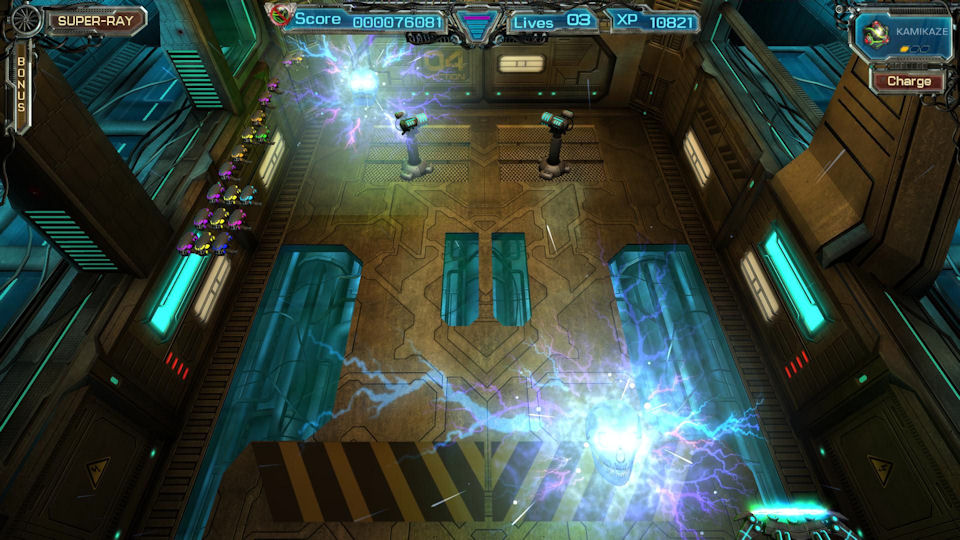 All in all the game is well rounded and I did enjoy the time I spent with it. They try to implement a story but honestly they shouldn’t have bothered. This is not a game that needs a story, I just want to get in, kill some robots and move on. The upgrade system is fantastic and adds even more depth into a game that you wouldn’t think to have. It’s simplistic but addicting, and aside from the few disappointments I stated above, I think they have done a great job giving new life to the standard Brick Break style game.