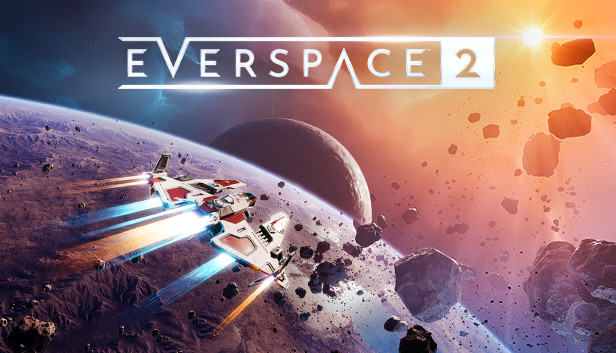 By 2016, when the first part of the space arcade game from Rockfish Games came out, the roguelike genre was unpopular. The concept of completing levels repeatedly with the exploration of previously studied places got boring pretty quickly, it was necessary to breathe something new into the gameplay of roguelike games. Then the Darkest Dungeon appeared and it was very successful, that is why Everspace did not go unnoticed by the masses.

The brief story of Everspace (no spoilers)

What was unique about the roguelike space game? The developers built the story in such a way that the death of the protagonist does not lead to the nullification of progress. We are reborn as a clone, improve the ship and get new bits of history each new life. The sources of danger were randomly chosen, which added intrigue to the gameplay. The map was divided into sectors, the cleanup of the sectors gradually became more and more difficult. Bosses that required preparation also appeared. The abundance of loot and installable equipment helped keep things interesting for dozens of hours inside of the Everspace game.

Back to the Sequel

The sequel was announced two years ago, and since then the fan community has been speculating on the connection between the story of the new game in the series and the original. I should say at once that the resemblance is minimal, and the authors have departed from the roguelike concept in the direction of a full-fledged space arcade. This means that there will be no endless revivals. Instead, a consistent story is told, diluted with stylish cutscenes. On the one hand, this does simplify the gameplay. On the other hand, part of the audience will be disappointed by the abandonment of the previously chosen path.

At the beginning of the game

Everspace 2 starts with an explanation of the basics of control and the plot of the rescue operation of the allied forces. It ends in utter failure: the main character and his partner fall into the hands of the enemy. Having managed to escape from captivity, the “guys” return to the base and consider a plan for further action. From this moment the player is on his own, can explore a huge map, participate in random events and gradually pump your starship. The interface is reminiscent of No Man’s Sky, it is very intuitive and allows you to replace equipment with a new one in two clicks. Picked, installed, received an increase in characteristics.

What are the differences from its predecessor? First of all, now there are more story cutscenes, the characters are constantly communicating with each other. Sometimes the dialogue goes during the battle, forcing you to concentrate on what is happening. In the Steam early access (the final version will appear in 2022) available story campaign for 7-8 hours. There is a lot of dialogue in Everspace 2, but it is perfectly staged. For example, when approaching one of the bases, artificial intelligence will contact you and tell you that the nearby station is lifeless, and all of its inhabitants died as a result of the depressurization of the hull. This was caused by a conflict within the crew and a distraught guard who pressed a toggle switch and opened the airlock.

The map of the local galaxy consists of a dozen sectors, divided into areas. Each sector is unique, and the differences may lie not only in the surroundings, lighting, or background but also in the physical model. Gravity changes and anomalies arise along the way. The galaxy is a very dangerous place with many random encounters and skirmishes. You can cruise peacefully from one picturesque place to another, photographing the scenery, and then run into a gang of pirates that will roll you out in no time. You can compare the abundance of the gameplay features and random encounters to game at a branded online casino in Australia, you will be amazed by the various situations in this game.

Trading and Economy in Everspace 2

Much attention is paid to management, as it is important to trade goods, sell junk, and buy improvements for the ship. Prices at the bases are constantly changing, which motivates you to study the assortment of each merchant. However, the top items we knock out of the enemies in the course of the gameplay through the storyline. There are plenty of secrets around. Sometimes a valuable item is locked in a container, which can be opened by searching and shooting its locks. This is told in the starter tutorial, but you quickly forget about the optional mechanics. Later on, we get companions, making it easier to get through difficult missions. There is no tactical control, but the AI is smart enough to provide fire support during a tough space battle.

Against the backdrop of the original, there are more large-scale battles, where you face dozens of enemies, and a friendly squadron comes to the rescue. At maximum graphics settings, the staging is reminiscent of the best moments of Battlestar Galactica. There is also a first-person view, but it is inconvenient to track the targets from the cockpit, as the game is an arcade and does not claim to be a space simulator. The photo mode is a joy: you can look at the damage to the hull plating, admire the halo of distant stars or capture the beautiful explosions. Great music sets the right atmosphere which completes the whole ensemble of visual fiesta. Background compositions range from tranquil to epic, dynamically changing depending on the action in the game.

As time goes by, you get some skills as well. However, there is not much point in the skills since the types of enemies are still minimal, they are regularly repeated. Among the minuses, I note the long load time when flying between sectors as well as several bugs here and there. So, buying the game now is just a way to get a discount and financially support Rockfish Games. However, only time will show if the game will be good on release. Since it, in the Early Access, it’s a complete gamble. Early Access can be compared to the game in slot machines – you can get in a win-win situation or lose your money and get the garbage game…

Decent sequel to the first installment with an emphasis on story and exploration rather than a classic roguelike experience. The difficulty of Everspace 2 grows sequentially and depends on the player’s zeal. Someone decides to fly around sectors at breakneck speed encountering the most powerful opponents and taking them out, and the other one prefers to slowly level up and clear the locations. However, I recommend waiting for the final release of the game first.