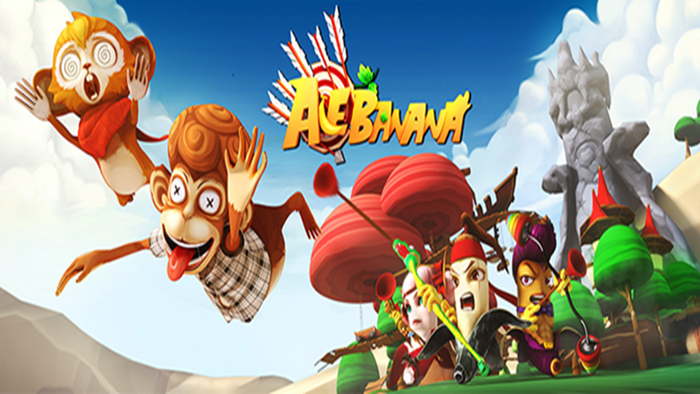 Monkeys beware! Oasis Games Ltd, a leading independent Chinese publisher, today announced that its day one PlayStation VR title, Ace Banana, has launched. Developed exclusively for VR, Ace Banana is a first person arcade archery game where players wield a bow to protect their banana stash from a host of marauding monkeys. The light-hearted shooter features a mix of over-the-top fun supported by native VR controls, which allows players to quickly get into the action.

“Ace Banana is a great game for the PlayStation VR launch with its fun and unique gameplay offering,” said Alen Wu, Business Director at Oasis Games. “Players will find themselves stepping into a colorful world, armed with a bow and variety of fun ‘arrows’ to protect their tasty bananas from waves of attacking monkeys – the fun is quick and the experience is immersive.”

In the game, players assume the role of a skilled Banana Archer, the world-famous protectors of innocent bananas. In opposition are hordes of mischievous monkeys who are dressed in a variety of different costumes and approach you using different techniques and moves that add to the surprise factor and excitement of the game. As these meddling monkeys arrive in waves through 16 stages, players must use the PlayStation Move controllers to mimic drawing, aiming and shooting their bow with an arsenal of quirky arrows ranging from plungers to rubber fish and even cute pandas! Players will need to stay alert and be aware of their virtual surroundings as when all their bananas are stolen, the game is over!

Ace Banana is developed by TVR (Time of Virtual Reality) and is published by Oasis Games in North America, Europe and select countries in Asia for the PlayStation VR.  From October 13, 2016 through October 27, 2016, there will be a 10% discount off the base price of $14.99 and a 20% discount for PlayStation Plus members. Keep up to date on all the monkey business, including the upcoming co-op feature on Facebook here. This game is rated “E for Everyone” by the ESRB.

Check out the launch trailer for Ace Banana below: