Paranautical Activity, a 2014 game by Code Avarice,  has finally made its way to the Nintendo Switch courtesy of Digerati. For those of you who aren’t in the know, Paranormal Activity is a rogue-like FPS with 3D voxel graphics which has you running around and shooting a bunch of shit up. Sounds pretty fun right? Well…not really. If you are wondering if Digerati’s efforts to bring this title to the Switch should even have been bothered with, the answer is a resounding no. 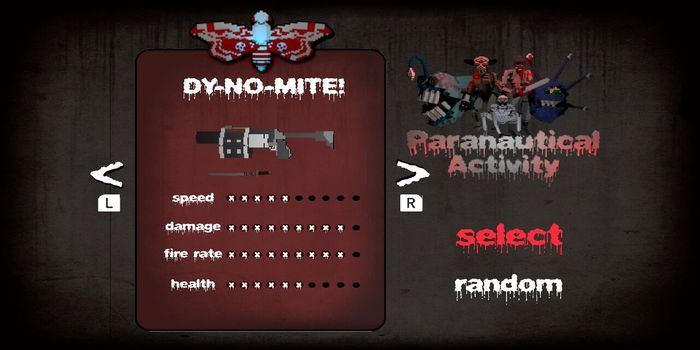 At the onset, you are immediately tasked with choosing character. I suppose at this point I would be going on about the pros and cons of each one but seeing as the game itself doesn’t clearly spell it out, whom you end up choosing is of very little consequence. Sure, one character has more health and another shoots farther, but during actual gameplay the differences are negligible. After you select your character you are dropped into and empty room and it slowly dawns on you that you should really be reevaluating your life choices. The empty room is literally just that – an empty room – with nothing but a door on the other side of it. Once you make your way to the door, you find yourself in another room but this time there is an enemy in it; WHAT FUN! I don’t think much of the little bugger so I blast…and I blast…and I blast some more, and then I die. Without enough time to even contemplate dying at what is an intro/tutorial level, my character re-spawns into a slightly different room, also with a door like the one before it. Gee…what could be waiting me on the other side? Surprisingly it was a completely different enemy…which proceeded to kill me in similar fashion as the previous one. Something was very, very wrong here. And eventually I realized that my bullets weren’t actually connecting with my target at all – I just thought they were.

Paranautical Activity’s most glaring flaw is its incredibly poor action feedback. Nothing in the game appears to have any real weight to it. Bullets chug out of your gun a tad too slow and float-y before completely disappearing off of the screen. Did they hit your target? You are never really quite sure. I found that the only way to really make sure I hit an enemy was to be extremely close to it. So close that – you guessed it – your whopping three health bars are sapped away from you almost immediately. Look, I get that the rogue-like genre has a reputation of being ‘challenging’ but the challenge shouldn’t in broken gameplay. What we have here is a just an obvious failure of game design. And it really sucks because Paranautical Activity does have a few good things going for it. 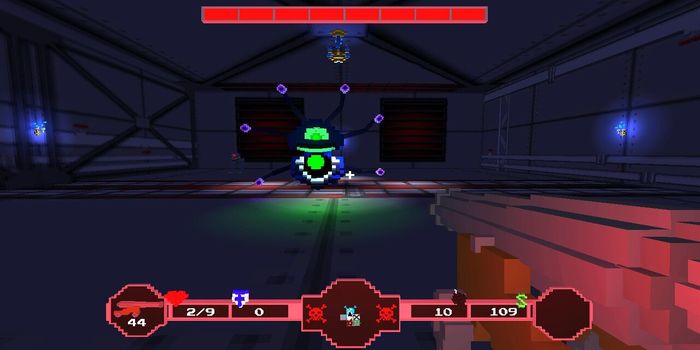 Graphically speaking, the game is actually pretty nice to look at. Its Minecraft-like aesthetic while a bit off-putting at first slowly began to grown on me. The game’s rather creative and eye-catching enemy designs convinced me to press on just to see what I would be put against next. The constant struggle with the misguided gameplay/combat mechanics aside, Paranautical Activity has its share of unique monsters. The ‘blood splatter’ and elemental effects are wonderfully vibrant and colorful, and help give a lot of life to otherwise bland and dull level design. The soundtrack is a complete nostalgia-fest as well, tickling your earballs in all the right places. It very clearly that a lot of thought went into the game’s graphics and sound design (with exception to the actual levels themselves). If only the same can be said of Paranautical Activity’s gameplay.

Overall, Paranautical Activity is a fun concept that has moments of interest, but is too poorly implemented to really make it worth the time it takes to tolerate its frustrating mechanics. FPS gameplay should not be this poorly executed. And its a real shame because the monsters are an absolute blast to discover. If you are a fan of the genre, there might be something here for you to latch onto…maybe. But I were you, I might want to hold out until something with slightly tighter gameplay mechanics comes along. I hear Doom and Wolfenstein II are wonderful on the Switch…

Disclosure: Paranautical Activity Review Code for the Nintendo Switch was provided to Proven Gamer by Digerati.