If you were on the fence about purchasing a Playstation 4, because perhaps the color black isn’t your thing.  At Sony’s press conference it was announced that a “Glacier White” PS4 would be bundled with Destiny for an unspecified price point.  A matching DualShock 4 controller and a month long PS Plus subscription also comes with the bundle.

It looks like Project beast is out of the bag and this is a new IP from From Software called Bloodborne. Not much is said about this little game. It most certainly has a Demon’s Souls look to it but with it not being an actual Souls game I can’t wait to see what From Software can do with another dark and gritty game. The game is slated to come out in 2015. stay tuned for more details!

Blizzard and Sony are teaming up to exclusively bring The Last of Us’ infected to Diablo III Ultimate Edition on Playstation 4.

Diablo III Ultimate Edition is due for release on August 19.

Dice’s hotly anticipated Star Wars: Battlefront received a teaser trailer today.  However, it only managed to tease that the game will recreate scenes from the original trilogy.

Niklas Fegreaus, the design director for Battlefront, explained that the team at Dice has been studying props from the original films and visiting some key locations where the films were shot.  From the early in-game footage that was shown, the frozen tundra Hoth and the forest moon of Endor, seems to stay true to the original source.

There are still a lot of questions left unanswered, for which Fegreaus claims, we’ll “see more Spring 2015.”

If you thought that Vaas Montenegro from Far Cry 3 was intense, Ubisoft plans to uproot him as the craziest enemy in the franchise.

In a video that was surely built to grab attention, Ubisoft’s first unveiling of the night proved that the publisher wasn’t content to rest on its laurels.  Far Cry 4’s villain, the guy in the pink suit and stylish haircut, not only seems to be extremely cold towards his enemies, he is just as brutal to his own cronies.  Stabbing one of his minions in the throat after humiliating him, he continues to walk up to the player character, fresh blood on his face, and takes a smartphone selfie.  If anyone questioned his villainy, I think you have your answer.

Hopefully the rest of Far Cry 4 improves on one of 2012’s greatest games.

During Ubisoft’s stellar E3 press conference, it was announced that Assassin’s Creed Unity will be released on October 28, 2014.

The gameplay, if nothing else, seems to improve upon the NPC count and character animations.  The protagonist, atop of a gargoyle and scaling down the side of a building, seemingly moves at a faster rate than that of previous titles released last gen (including AC4: Black Flag).

Assassin’s Creed Unity will be released for Playstation 4, Xbox One and PC.

Crystal Dynamics has announced Rise of The Tomb Raider. The game was given a release date of holiday 2015.

Housemarque Studios’ highly successful PS4 exclusive Resogun will be getting new DLC entitled “Heroes.” According to IGN, it will “feature two new game modes and a patch that significantly overhauls parts of the game.”

The first mode, Survival, changes the traditional formula of having multiple lives to complete a level by giving you only one life. Thus the game becomes even tenser by forcing you to rack up as many points as possible before being killed off. In addition, there will be a new day/night cycle. The further you advance in days, the higher your score, but it also makes your enemies that much more difficult.

The DLC will also offer a variant to the collection of humans. In the original Resogun modes you had to pick up a set number of humans and drop them off at portals, however in the new mode, you have unlimited humans and you simply have to pick them up for points.

Along with the mode alternatives, Housemarque is adding improvements through a graphical overhaul, new sound effects and entirely new music.

The final addition to the DLC brings a ship editor and local co-op to Resogun, in addition to “small tweaks and improvements.”

“Heroes” is set to launch on June 23, and will cost $4.99. Housemarque also announced that it is developing more content for Resogun and has made a season pass available for $7.99. 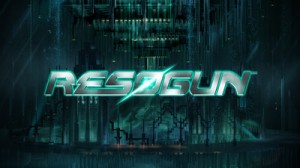 Not content to let the Xbox One version of Destiny fall behind its PS4 counterpart, Bungie and Microsoft has reportedly worked together to upgrade the resolution for its version of the game.

Larry “Major Nelson” Hryb and Xbox head Phil Spencer commented by saying, “…Our friends at Bungie, and I’ve been spending a lot of time down there, they’re going to pick up the June SDK update for Destiny, and they’re going to up the resolution of Destiny based on this change. So I think it’s just a great sign for us.”

Microsoft announced last week that a new, mandatory, update for the Xbox One will allow developers to boost the console’s GPU power. As a result, “developers should find better performance and flexibility from the console.”

Prior to the update, many multiplatform titles run at a higher native resolution on Playstation 4 than Xbox One.

In conjunction with the new update, the $399 Kinect-less Xbox One becomes available today. Many believe that the removal of the Kinect would allow the console to become more powerful, since Microsoft asked developers to dedicate power to the “Kinect reserve.” Now that Developers can bypass this feature, it would seem that they are capable of squeezing in more resolution for their titles.

The Halo Master Chief Collection has officially been confirmed by Microsoft today at E3. It will ship on November 11th and will include Halo Combat Evolved, Halo 2, Halo 3, and Halo 4. The best news to come from this is the fact that Halo 2 not only is getting the full anniversary make over, but it will also launch with the full Halo 2 multiplayer experience completely untouched! All these games will be running at 1080p and 60fps with the edition of dedicated servers for multiplayer. The Master Chief Collection will also include a beta for the Halo 5 multiplayer coming in December of this year and the digital film Halo: Nightfall.