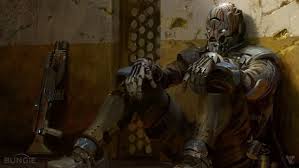 Not content to let the Xbox One version of Destiny fall behind its PS4 counterpart, Bungie and Microsoft has reportedly worked together to upgrade the resolution for its version of the game.

Larry “Major Nelson” Hryb and Xbox head Phil Spencer commented by saying, “…Our friends at Bungie, and I’ve been spending a lot of time down there, they’re going to pick up the June SDK update for Destiny, and they’re going to up the resolution of Destiny based on this change. So I think it’s just a great sign for us.”

Microsoft announced last week that a new, mandatory, update for the Xbox One will allow developers to boost the console’s GPU power. As a result, “developers should find better performance and flexibility from the console.”

Prior to the update, many multiplatform titles run at a higher native resolution on Playstation 4 than Xbox One.

In conjunction with the new update, the $399 Kinect-less Xbox One becomes available today. Many believe that the removal of the Kinect would allow the console to become more powerful, since Microsoft asked developers to dedicate power to the “Kinect reserve.” Now that Developers can bypass this feature, it would seem that they are capable of squeezing in more resolution for their titles.

Why you should be playing Dead Cells