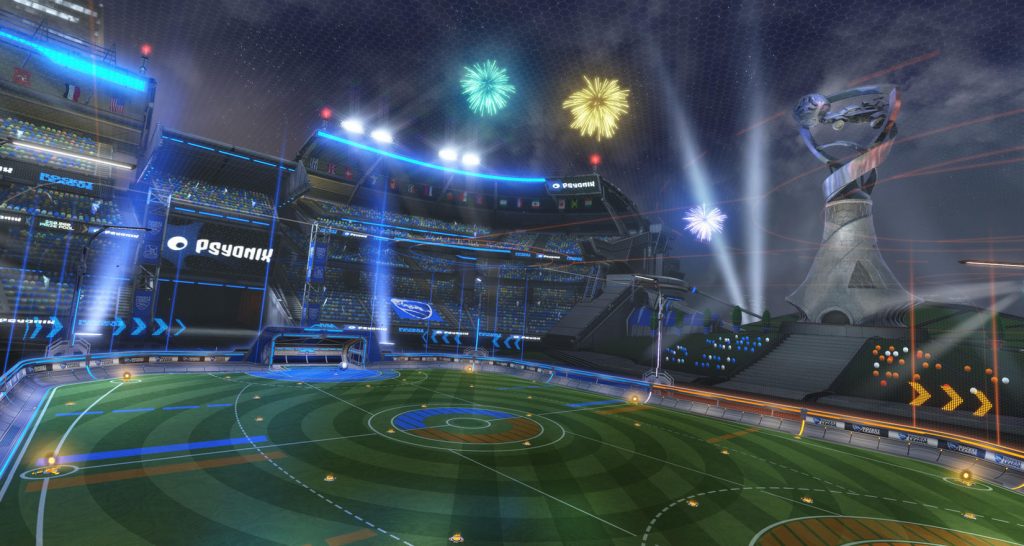 The roster of teams for the Esports Championship Series (ECS) Season 2 Finals have been set, with teams SK Gaming and Astralis rounding out a lineup representing some of the best Counter-Strike: Global Offensive (CS:GO) players in the world. Starting on December 9, at 11:00 am PT, each of the eight teams will face off in the first rounds of the group stage. On December 10-11, these teams will engage in heated matches in front of a live audience in the Grand Finals at the Anaheim Arena in California to be crowned the winners of ECS Season 2 and earn the accompanying $750K grand prize. Tickets to the ECS Season Two Finals are available for purchase now at the official event website, and free Student Tickets are available with a valid student ID while stocks last.

North American teams will look to make a statement at the ECS Finals, with SK Gaming’s two-time major winning lineup coming in as tournament favorites, but North American fan favorite Cloud9 will look to challenge SK Gaming by building on a string of positive results from recent tournaments. The ECS Finals will also see rising star OpTic Gaming come into the fold as it looks to continue to surprise fans after its recent win against Fnatic, along with ECS newcomers Immortals, who will look to cement its place amongst the top teams in the world with an ECS Championship notched on its belt.

Will a European team once again take home the winning title for Season 2? Heavy contenders that can do just that include UK organization, Team Dignitas, who took on the likes of Fnatic and OpTic at the recent ELEAGUE Season 2 qualifiers and made it out on top and Team EnVyUs, who took home the Esports Industry Award for Team of the Year earlier this month and beat ECS Season 1 winners, G2 Esports, in the final qualifying round for Season 2. The Finals will also see Astralis, who are positioned in first place in the ECS European group stage and fan favorite FaZe Clan who have experienced repeated success in the largest gaming tournaments across the globe.

The full Finals groups and schedule, including the respective schedules for each of the final eight teams, are as follows:

Teams taking part in Season Two of the ECS league will earn all the benefits of Season One participants, including co-ownership in the league and the opportunity to select representation on the league’s governing committee. The ECS will provide a collective $1.75M for Season Two that will go toward the league’s prize pool and supportive funds that will provide player stability. This includes helping organizations provide better salaries, facilities and equipment that will improve the overall conditions and welfare for players, while furnishing the ecosystem of the ECS with a more structured framework to operate within.

Fans can purchase tickets for the ECS Season 2 Finals at http://anaheim.csgoleague.com or catch all the action live on FACEIT’s official Twitch channel, www.twitch.tv/faceittv .

On this weeks episode of Press X, the crew talks about all of the announcements at Gamescom, including a classic Jake rant about the new WoW expansion. Even the Sony fanboy has something nice to say about Microsoft! Then we go over esports. Good? Bad? What the hell is an esport? Find out on this weeks Press X To Win.

Please make sure to subscribe to the Press X To Win feed in iTunes or RSS and please leave a review.

You can find us on Facebook: Press X To Win

You can also email us at Pressxtowin@provengamer.com

If you wish, you can always download the show here – Press X To Win 21 – Gamescom Extravaganza!

In recent years, e-sports has taken a larger and larger role within the gaming hemisphere. Where, in its infancy, it was a niche subset of the larger community, e-sports has grown and evolved to the point where a games multiplayer component is judged on how e-sports worthy it is. This is a far cry from the days of yore, where a game that shipped with multiplayer was simply a game with multiplayer. Now serious competitive gaming is in the spotlight, and developers want to be part of that market.

However, there has always been the carefully whispered rumor around these electronic arenas. The rumor that these cyber-athletes have been taking prescription drugs such as Adderall to enhance their focus and give them the edge in competitions. While these allegations are mostly hearsay, there is a grain of truth to them. Kory Friesen, a professional gamer, has admitted that he and his teammates take prescription drugs to give them an edge in competitions. The reason this is becoming a big deal now and not before? E-sports has a lot of money. This subset of the gaming industry stands to make $250 million in 2015, according to games research firm Newzoo.

Not only do tournament hosts stand to make a lot of money from e-sports, the players do, too. Year after year the prize pools increase, with the money expected to reach $71 million. The higher the stakes, the more tempting it is to abuse substances. While no team openly condones use of prescription drugs, Mr. Friesen has said “Tons of people do it.”

The Electronic Sports League, or ESL, has taken to partnering with the National Anti-Doping Agency of Germany to develop new policies and has met with the World Anti-Doping Agency about helping with enforcement. Unfortunately many e-sports competitions and qualifiers are held online, which makes testing an impossibility. This new policy may force serious e-sports leagues to drop online competitions altogether and go fully with live games.

E-sports is blowing up and becoming closer and closer to traditional sports, and with that spotlight comes standards and practices. More and more large corporate sponsors are throwing their hats into the ring and the market is eating it up. This is simply the next step in legitimizing e-sports in the mainstream.