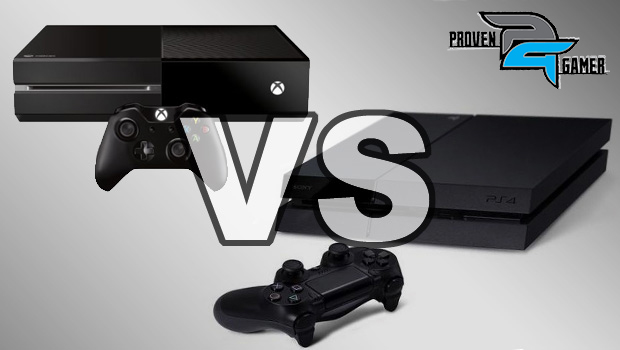 A civil war has been festering for years now and at the end of 2013 it will come to a head. This war has put family members at odds. It has even ended friendships. Some may ask: what is this war you speak of? I’m speaking of the war of gamers (ps4 vs. xboxone).

With the Xbox, you’ll pay a subscription fee of $59.99 which includes online gaming, Netflix, Hulu plus, as well as other apps. PlayStation network is free and does not require you to pay to play online or access Netflix, Hulu plus, or any other apps. With the ps3 Sony gives you an option of getting the free service or paying for the premium service “PlayStation Plus”. With PlayStation Plus you pay a fee for extra content at a cheaper price or “free”. Within the first month of Plus the free games you get actually pay for your whole year of plus which is winning. Microsoft has adopted the free games concept within the last month; which in my opinion is too little too late. I’ve been a gold member for 8 years and have not received one free game from Microsoft.
The bottom line is: to each its own. Choose your console based on what’s best suited for you and not because of the name. Me, I want a console that’s built for gaming. That’s what I do. Not a console that forces an all in one and neglects the hardcore gamers. If I pay you excessive money to play my games on your console and you choose to reward me with free games then you know where my money is going. I’m not here to persuade you to choose Sony but hey, it is what it is. They are taking care of the gamers first.
When November comes and all the dust has settled both consoles will do the same thing…….. PLAY GAMES
Only to be separated by exclusives.
So cut all the bickering and bitching between systems and get ya game on.