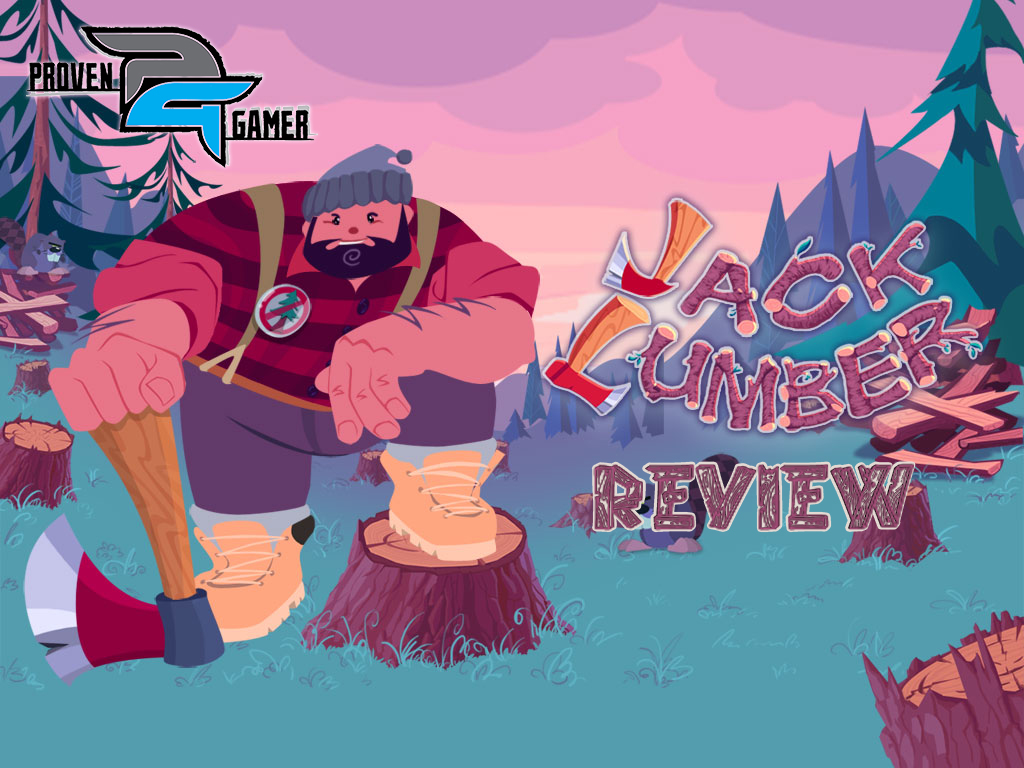 Wood Ninja! I mean, uh, Jack Lumber! The entire time I played this game, I kept thinking to myself,
“Man this reminds me a lot of Fruit Ninja!” Now don’t get me wrong; just because the gameplay is extremely similar to Fruit Ninja doesn’t change the fact that this game is awesome and addictive.
When I say that the gameplay is closely similar to Fruit Ninja, that doesn’t mean it’s an exact clone of FN. Jack Lumber has its own style of slicing falling targets; instead of slicing any way, you must slice down a certain path for each log, which makes it a lot more challenging and requires a lot more strategy, instead of just slicing all of the screen. Thankfully, after the logs are launched into the air, you must click your mouse to slow down time, giving you more time to plan and attack the wood, because fuck wood!
There are plenty of levels and all of the audio and visuals are decent. The two things are the only real things I wasn’t all crazy about in Jack Lumber are that it’s pretty generic for an indie game, and it’s nothing really worth talking about, or remembering.
There are many levels, and the points/logs you get for slicing through every level, gives you some spending money. You can then purchase either equipment upgrades, or one off items to use. This adds a reason to replay the levels. The only other real reasons to replay the levels are to try to get the max amount of stars you can get in every level or get the achievements. There are 27 achievements to gain on the Steam version. They’re easy, but it does take some time to unlock them, which helps you get your money’s worth from this fun as hell indie game.
I wish I could give Jack Lumber a 10/10. I haven’t gotten so hooked on a game so fast in a while. Sadly, though, because of the generic/boring visuals and audio, I’m going to have to give Jack Lumber on Steam a final score of 9/10.