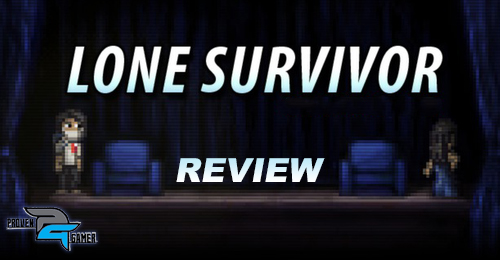 Lone Survivor, a game by Jasper Byrne, is an awesome indie survival horror game originally developed for the PC in 2012 and released later on the PlayStation 3 and the PS Vita in 2013 under the title Director’s Cut, which was then re-release as a free update on the PC and Mac. The game was developed by Byrne’s studio Superflat Games and Curve Studios. Byrne originally started out as a drum and bass producer before he began working in game development. Byrne has also contributed music to Hotline Miami and Hotline Miami 2: Wrong Number. Lone Survivor is an intense survival horror game that hails back to the classic horror games from the PlayStation 1 such as Resident Evil and Silent Hill. The name is a small homage to Resident Evil as it was one of the first games to be released as a director’s cut version in 1998. For fans of the survival horror game genre this game is meant for you. I highly recommend if you haven’t played this horror game, fan or not of the genre, that this game is a must because it combines the best of action, horror, and puzzle solving.

Lone Survivor starts off in a post-apocalyptic universe. To the player time is relative as there is no beginning or end. You are told that the plague has been going on for a while and has claimed the lives of everyone but you and some of the people trapped in your complex building. Suddenly… the game starts off. The first thing that you come to realize is that you are defenseless.  Armed with only your wits and a flash light, you venture out into the unknown. At this point I would highly recommend to turn off the lights’ in your room and pump up the volume as high as possible because Lone Survivor nails the horror right away with its sound track. Sound is a major mechanic of this game. Similar to horror movies, most of the cues for the player are provided by sound. Whether an enemy is around the corner or hiding in the dark, the sound will keep you on the edge of the seat. The controls aren’t overly complicated since you have a limited amount of abilities at your disposal. Lone Survival takes some of the modern innovation of Survival horror games by providing context sensitive play, meaning that once an icon appears around you and you press it everything should play out like minor cut scenes that move the story along. The story in Lone Survivor progresses  much like other horror games from before, you find random pieces of paper that contain key information of the story and much of your knowledge is framed around these scraps of paper. The player has several ways to handle the enemies in the game, you are provided with areas that allow you to sneak past enemies and in some areas with the placement of rotten meat you can make an enemy run to it and then sneak by them. These segments of hide and seek are fun and do a good job at reinforcing the survival aspect of the game. You won’t be hiding forever however, eventually you do get a weapon to confront your foes with and this is where the game and controls begin to suffer a little. The gun play is not the main portion of the game, but when do you end up using it, it handles clumsily. A few people might say this is intentional, but I just think it’s sloppily handling. The menu system in the game is too cumbersome for everything else having a smooth design. Your inventory, which plays a major part of the game, could have used some refinement. The game does provide short cuts to access some items, but you constantly will be going in and out of your menu system, which is handled poorly.

Lone Survivor has a distinctive art style that calls back to the era of the 16 bit consoles. It’s one of the best looking Super Nintendo games that never came out. For this review I played the game on the PlayStation 3. It doesn’t really push the hardware, but it does bring on the frights. I was genuinely scared and on the edge of my seat. Each room I went too was a fright waiting to happen. Compounded by the sound at every turn, you can hear something, and you can never truly tell if it’s safe or not. The crude 16 bit graphics alone can only scare you so much, but when they are combined with the games awesome sound track it makes for a truly horrifying experience. The story is moved along by text boxes that you read and besides the moans and groans from the undead you have your handy reading skill and imagination to fill the gaps. Lone Survivor is not the best looking game, but it’s get to the root of the survival horror genre without all the bells and whistles with its bigger brothers.

I’ve always been interested in trying out indie games and every single game I’ve played has been more entertaining than the best that the triple A have to offer. What these indie developers are proving is gameplay over puff. They are pushing the envelope in terms of gameplay over graphics, innovation with classic retro gaming. Lone Survivor is a fun and engaging game. I haven’t played a game that has scared me so much in such a long time. I can’t stress to you how well this game handles it music and its frights. The exploration of your environment is handled in an intuitive way, you are provided with a map to help navigate the game, but after a few hours you become familiar with the location that the map is not really needed. Lone Survivor is an excellent example that gamers can still be scared, and that horror is still possible in gaming.

Lone Survivor’s small faults do not tarnish the game in any way shape or form, but it does keep me from grading the game highly, especially since the game is relatively small and being a port I’m not sure why some of these issues were not fixed in the porting over. That being said, I do highly recommend the game. Suffering from a drought of survival horror games on consoles Lone Survivor fills that gap in a meaningful way and is fun and entertaining.