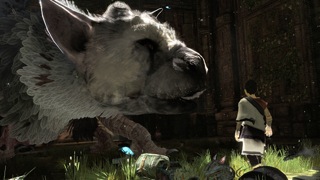 Sony’s, The Last Guardian, was once again nowhere to be found during the E3 press conference.  According to a GameSpot interview with Playstation software product development head Scott Rohde, “[it’s] because the game simply is not ready to be shown publicly.”  Considering the game was originally announced in 2009 as a Playstation 3 game, it is interesting that there isn’t anything worth showing.

In response to the all of the recent controversy, including speculation that the game was cancelled earlier this week, Rhode said, “It was a fun week of Last Guardian news. At Playstation, it’s really important to us to make sure that the creative process works.  And in this case, [game director Fumito Ueda] has created something that’s great, it’s just going to need some time.  We’ll show it when it’s ready.”

When asked if the game will be shown as a PS3 or PS4 title, Rhode wouldn’t give a direct answer.  Instead he responded, “I’m not going to talk about it more than that.”

Last year it was announced that the studio would be “reengineering” The Last Guardian, but the studio went dark soon afterwards, revealing no signs of progress.

If slow and steady wins the race, The Last Guardian may come out of this thing laughing at everyone.