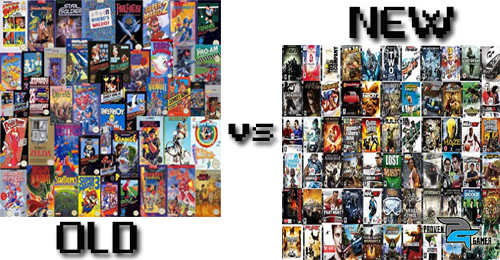 I have recently caught myself replaying many of my old favorite games and shirking some of the newer released titles. Games such as Knights of the Old Republic, Jade Empire, Ocarina of Time (N64), and Scarface. I find myself enjoying playing these games far more than some of the newer titles with much more content and a thought occurred to me, “Are these games really better than what is available today?”

I think that it goes without saying that more modern games are definitely more aesthetically pleasing. The graphics are better, the movement is smoother, the audio is crisper, the stories are more complex, and there are more options in every regard in pretty much every genre of video game out there. Developers are spending more money than ever and technology is growing by leaps and bounds with each year. All these are indicators that games should be getting better and more enjoyable than anything done before, yet there seems to be something more.

I found that I return to some of the old games, as I’m sure some of my readers have as well.   Not because they are particularly better in any aspect to modern games, but because they tap into the children we once  were when we first played them. I’ll play Goldeneye a thousand times over not because the shooting is any better than a CoD game, but just for the fact that it was the first time I fired a gun in a videogame. Starfox 64 may not be superior to any modern flight simulator or Sci-Fi space RPG, but it was the first time I could flying a fighter and shoot down evil, space dudes.

Are the old games better than the new games? No. In almost every regard they are not. But these are the games that we remember as we get older and very little can dim our view of them. For some of my younger readers who may not know what I am talking about yet, I encourage you to give it time. You may find that in ten years or more, you may still find yourself arguing that Uncharted or Modern Warfare were the best games of all-time.