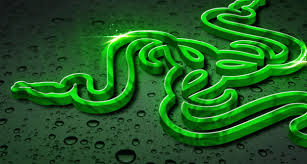 At Google’s I/O conference, they announced a new console or what I like to call a top box. Android TV is a “console” that allows one to stream videos and music from third party apps such as Netflix and Huluplus. It also allows for someone to take their phone or tablet, preferances are there, and be able to play the games on your television using the “console” like a connector port for the television. This is Android’s attempt to compete with Amazon Fire TV. It uses Android L, a future update for Android that will be built into various items such as SONY products.

As for the new console that Razer is coming out with, well there isn’t much info. More like I should say there is none. All we know on the subject is that it is like Android TV where one can stream music and videos, however, is much more focused on the heavy gamer. The console can technically be called a micro-console as it is designed so that people who can’t keep up with the current generation of consoles, to be able to play games. Now, while XBOX and the PS4 are duking it out, this system will creep up as a cheaper way to play games. As previously stated there really isn’t any info that I can really base too much on. So for anyone looking for the cold hard facts, well you might have to wait. This is a big leap from a company that focuses on PC’s, Tablets and accessories.