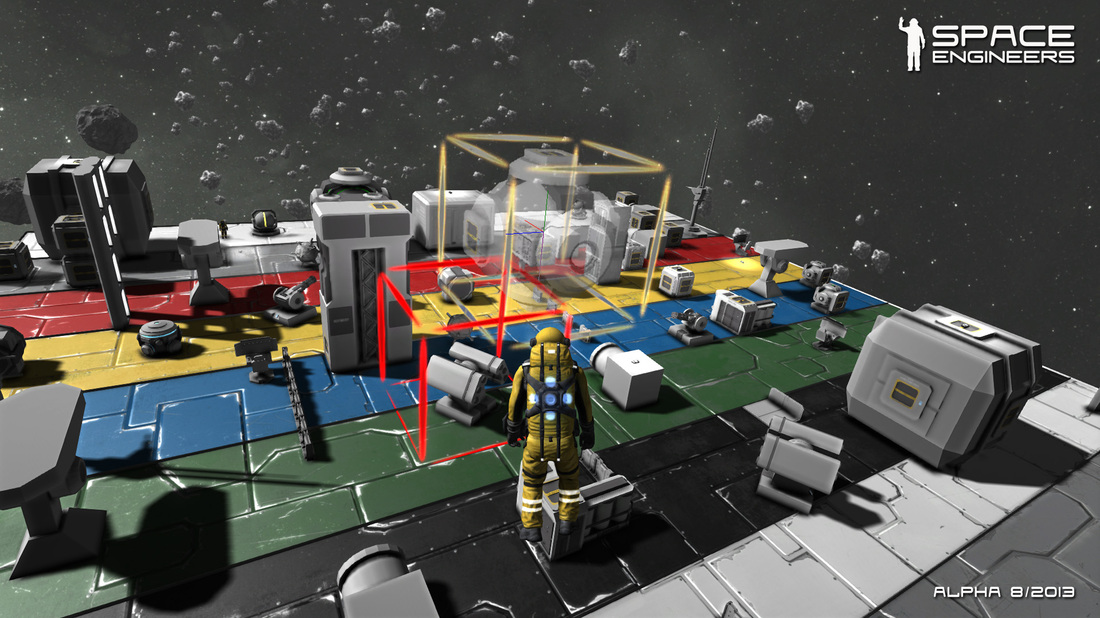 WARNING: Space Engineers is an Early Access game on Steam. Early Access games are games avaliable for purchase, that are not completely finished, yet playable. Not all Early Access games are finished, and some developers completely abandon on these games.
Space Engineers is one of the more unique building games that I’ve come across. Many of these kinds of games take inspiration of Minecraft, and it’s gameplay and style. However, Space Engineers is the first game that I’ve played where the building takes place in space, with gravity being a major factor in the game. However, does this gameplay mechanic make Space Engineers a great game?
There isn’t really a goal to the game; it’s up to you on what you do, what you build, and where you go. The game does give some objectives you can choose to do, such as: Building bases, spaceships, and other various machines/devices. As stated above, gravity plays a big factor in the game. It can be quite useful, or rather bothersome. On one hand, it can be fun and enjoyable to send you or your friends flipping through space. However, on the other, it can be really frustrating to accidently lose control of your body, and smash into something, only to get yourself killed.
The graphics are rather plain, but since it’s in the style of a world building game, such as Minecraft/Terrari, you don’t really need to expect much. There is little-to-nothing to say about the sound in the game, since is barely any at all (making sense, since this is a game in space).
I had fun in the game for the first few hours, but after only two or three long sessions, Space Engineers lost it’s charm on me. For a building game, it did a poor job of getting me to want to play the game over and over. Minecraft gives you reasons to come back, with much more variety and content to choose from. Yes, I know this game is in Early Access, but they are still charging you $20 to play it; it being an Early Access game gives it no excuse to fall short.