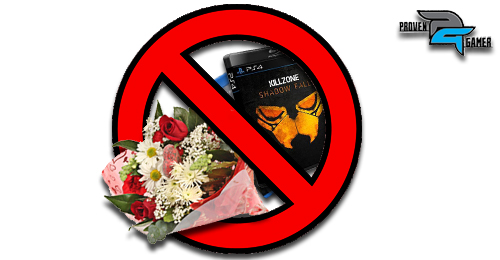 Over the past couple of weeks, the Zoe Quinn story has escalated to point of being the gaming version of Watergate, as proven by the #Gamergate trend flying around twitter. Kotaku, being the geniuses that they are, seem to only make matters worse by pointing fingers and preforming all amounts of bigotry.

For those of you who haven’t heard, Zoe Quinn, a writer for Kotaku and creator of the indie “game” Depression Quest, has had controversy surrounding her for a couple weeks now. This is due to her ex-boyfriend making a WordPress blog post about the various things she had done during their relationship. The post revealed that she had cheated on him with a couple indie developers, and, most notably, her boss at Kotaku. This threw the gaming community into a frenzy that just won’t stop, as it should.

While this only scratched the surface of what has happened over the past few weeks, we’re going to talk about one of Kotaku’s recent articles on the subject. If you would like to learn more about Zoe Quinn and why gamers have the right to be angry, check out this video

That link takes you to a video from Internet Aristocrat, who does a great job of explaining the situation and why we have every right to be mad.

On August 28th, Luke Plunkett at Kotaku released an article titled “We Might Be Witnessing The ‘Death of An Identity’” the article talks about gamers and saying that being a “gamer” is a label that is dying off, and speaks about Zoe’s struggles since this whole thing started. The author goes on to quote gamasutra and Dan Golding (On tumblr), both of which claim that gamers are mad because the term “gamer” is dying off. Two that he Luke uses are “Gamers are over. That’s why they’re so mad.” And “what we are seeing is the end of gamers, and the viciousness that accompanies the death of an identity.”

I can’t get over the sheer amount of stupidity in this article. Prior to these this whole situation with Zoe, the gaming community just had the typical “Oh my console is better than your console” argument. But then this whole situation with Zoe, a writer for Kotaku, sleeping with her boss and multiple indie game developers, that is what people are angry over, corruption. But Kotaku is pointing fingers at the gamers saying we’re insecure about our identities. That is asinine! While Kotaku has changed their policies over this whole ordeal, they’re clearly not happy about it as they feel need to make things up and put others down, just like a child.

I understand that Zoe Quinn has received harassment, I understand that people have gone overboard with the death threats, the sexual abuse, and what have you. But I speak for the people who love video games and don’t want their passion destroyed by corruption, I speak for gamers. There’s a difference between a gamer and a troll, and clearly, the people at Kotaku don’t know the crowd they are catering to.

To read the Kotaku article in question, click here