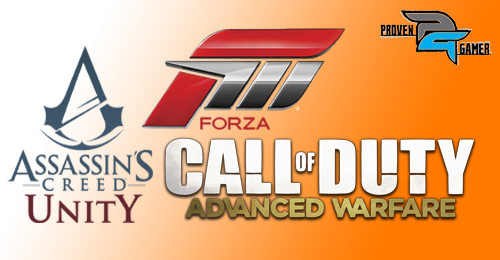 Remember when a game would come out, it would be awesome, and you couldn’t wait for the next one? Good news for you! You basically don’t have to anymore. So many franchises are getting a new game every year and, in my opinion, it’s destroying the value of those games.

I miss the times where I would actually get excited for a new game in a franchise. When they would announce a new game and I would get super happy, call all of my friends up, go to work or class and talk about it. Unfortunately that feeling is pretty much nonexistent due to new games in many franchises coming out every year. Call of Duty was known for this but now that trend has spread to so many more that it’s sickening. Forza, Assassins Creed, Skylanders, Pokémon and many more fall into this yearly category and it’s very hard to get excited for a game announcement when you know its coming just due to the fact that it comes out EVERY SINGLE YEAR.

On the other hand, I am very excited for the rumored Fallout game. There hasn’t been a fallout game since 2010. That means there will be at least a five year gap between the old game and the, hopefully real, new game. This time gap allows for me to build that excitement and that thirst for a new one. Something that I don’t get from many franchises anymore.

If developers would just take a step back, and take their time on new products. We would most likely see an increase in quality. Some company’s use a different development team to make their games, like Activison and the Call of Duty series; this allows them to publish a game every year while having each game in development for more than a year. This is fine a dandy, but you tend to have hit or miss titles which in turn builds a lack of trust against those developers.

I use to get excited for the new Call of Duty or the new Pokémon game coming out. Unfortunately I have not felt that way in a long time. There are still those gems out, that I hope they never change, but for the most part we are pretty much getting served a rehash of what came out last year with a few added features and a new $60 price tag. I just want that excitement back and I’m afraid, if things keep following the trend we have now, I’m never going to.