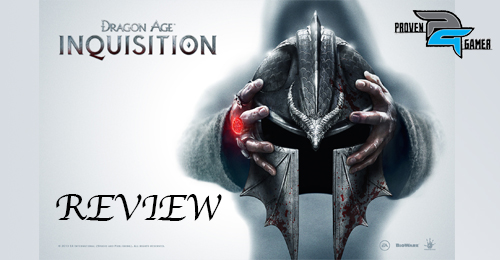 The Dragon Age series is one that has a lot of mixed reviews from many of the people that have played them. Some state that the gameplay from the two previous games differ greatly and I, personally, much prefer Dragon Age: Origins to Dragon Age II. Much like how one of the previous two, cannot be judged by playing the other, Dragon Age: Inquisition is a game all its own. 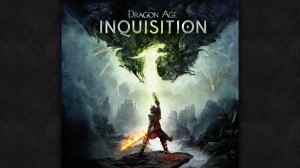 You begin by creating a character that may be Human, Dwarven, Elven, or Qunari. Mages and Templars have been at war all across the land of Thedas and the Divine (think female, fantasy-world Pope) called a peace meeting at a holy temple. Major leaders from both sides come and suddenly a giant explosion that rips a hole into the Fade (spirit world) opens. Demons flood out and your character stands right in the middle of everything, accused of causing it.

Dragon Age: Inquisition’s story is very important to the game and is one of the better stories that I have played through in a long time. There are so many different choices to make in-game, that do have an impact in the game, that the replay value is extraordinary. In addition to that, the affiliated website Dragonagekeep.com allows you to pick and choose events from the previous games to apply to your Dragon Age: Inquisition play file. This increases the choices and replay value exponentially. 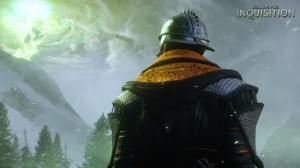 The actual gameplay, the latest installment of Dragon Age is rather unique for a single player RPG. I actually found that it feels more like you are playing an MMO without actually running into other players. Weapons are measured in the amount of damage per second (DPS) they produce, dragons and other bosses feel like raid bosses in games such as World of Warcraft, a solid team of tank/DPS/healer are needed of your party in order to get through most fights, and the open world feels like maps that are more likely found on MMOs. The world itself seems split into different zones that contain different levels of enemies. This means that you can access the harder zones at a lower level, but you will probably get your butt kicked until you level up.

This game is not without its faults, however. I encountered many glitches when playing through the game including sound muting at inopportune times, conversations freezing or dialogue skipping, falling through the world, character getting stuck in weird animations, mount not appearing, and other annoyances that really piled on by the end of the game. Normally I would let small glitches slide if they only appeared a few times and were not serious, but these small glitches appeared so frequently that it really dragged down the experience. It seemed like as the game went on, almost every dialogue was plagued with glitches that it made me want to skip talking to NPCs which takes away from the story. 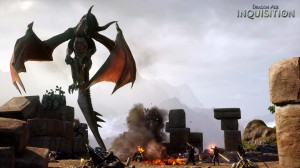 When this game is brought together, it is nothing but excellent. The story gives an entertaining motivation to power through difficult moments of the game while the gameplay remains enjoyable and challenging throughout. That being said, the glitches within the game make it seem like it was unfinished and in need of polishing. This is the main fault in an otherwise magnificent game.