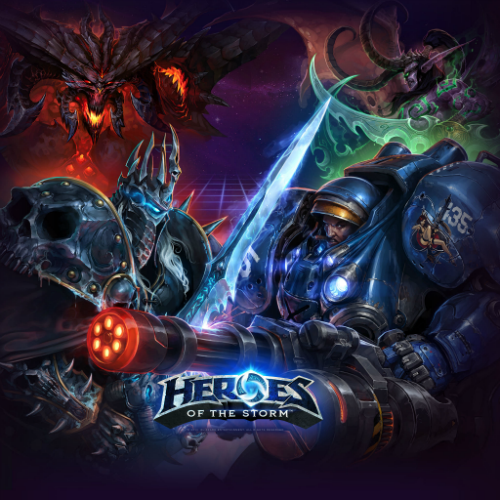 Heroes of the Storm has had one pretty great year. The Closed Beta launched this January and now we know when those without a code will be able to play it. If you want to have a hand in making the game the best it can be, there will be an open beta period that begins on May 19th. If you’re just interested in the final product, well the game launches on June 2nd.

The game will release with 30+ playable Heroes, over 130 Skins, 14 mounts, and 7 Battlegrounds, each providing their own set of challenges with more to come over the months after release.

Now, if you’re interested in celebrating the launch of Heroes of the Storm, there will be a live stream on June 1st. More information, I’m told, will be doled out as the event draws nearer.

If you just want to see people play the game, then you should be watching Heroes of the Dorm, where students from 400+ schools across the US and Canada compete for more than $450K in tuition and other prizes. On April 26th, the Finals of Heroes of the Dorm will be hosted at the Shrine Auditorium and Expo Hall in Los Angeles. If you can’t come, you’ll be able to watch it live on any ESPN channel or on WatchESPN with details to follow soon.

Oh, and if you’re already playing, you’ll be happy to know that any progress or purchases you have made during Closed Beta will carry to the Open Beta as well as post-launch. However, Blizzard does note here than progress will not be wiped if the game’s progression system needs a modification, but that it will be assigned to the appropriate levels for your Hero or Player.

For more on all the happenings in the Nexus and video games in general, make sure to check back here each and every day for some exciting articles. If you like those, also be sure to listen to our bevy of podcasts we have in the not-so-subtly named “Podcasts” tab up above in the toolbar.