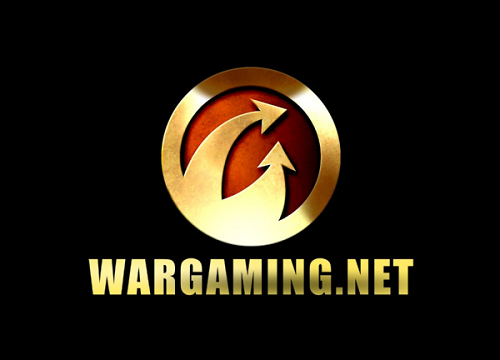 If any of you have listened to Trophy Whores or happen to know me from social media, then you’ll know that I don’t play computer games. I am, however, a sucker for WWII games. So I found myself going to PAX East 2015, and Wargaming.net was going to be there with their full assortment of games: World of Tanks, World of WarPlanes, and, their new baby, World of WarShips. Once I hit the floor at PAX East, I headed straight to Wargaming’s booth and dove right into their world!

First off, these guys and gals know how put on a booth. Not only were they live-streaming all three days, but they were giving out prizes, doing games shows, and having raffles. I can try to describe it, but you had to be there.

To get my feet wet, as it were, I took my first World of Tanks test with the 360 version. I was surprised by how easy the game was to pick up and play. It felt very natural on a 360 controller, and I didn’t feel like a total noob. Even the computer version was quite easy to get going. W & S were your forward/backwards. A & D was left/right. You looked/zoomed with the mouse and fired with the left button of the mouse. Now all of this may sound complicated (when you read it), but it felt smooth — even though I had never done this before. I had some good games and a few during which I was lucky to make it into the battle before I was done! I walked away from these first few rounds of World of Tanks with the feeling of “easy to play but difficult to master.”

Now in WarPlanes, I’m sad to say, I didn’t last very long. I was looking forward to some good old school dogfighting. That all being said, my first match, I picked the F4U Corsair, flew over to the enemy and was quickly drummed out of the match. So as much as I love a good WWII air combat game, I wasn’t going to be able to get this down and moved on after only a couple of matches.

Then came WarShips! Standing in line for the other games, I had seen trailers & even some other people playing WarShips. I love the ship-to-ship battles of WWII, and this looked sleek as all get out. When my time came to play, I wasn’t disappointed. WarShips felt as natural as World of Tanks. You could pick from several ship types; I started out with the Battleship. ( Go big or go home, right?) The Battleship can replace some of its health during battle, and it has serious firepower! I didn’t win that first match, but I wasn’t sunk, and I took three of them down before losing the match!

The second time around I went with the Carrier. Now for the carrier you play in a top-down manner. At your disposal, you have Fighters, Dive Bombers, and Torpedo Bombers. I was stupid in this battle, as I headed out on my own (to capture a point) away from the protection of the rest of my fleet. As luck would have it, on the other side of the iceberg there was the enemy carrier who was doing the same. So, just like in WWII, we had ourselves a good ol’ Carrier-to-Carrier battle. I sent my Dive and Torpedo Bombers after the enemy Carrier, and I had my Fighters go after the opposing Fighters. When you tell your Bombers to attack a ship, you have the option to tell them from which direction to attack/drop their torpedoes/bombs. You can also tell your Fighters to escort your Bombers, or as I mentioned above, attack enemy planes! Upon a successful attack, they have to return to the Carrier to reload. With several successful attacks, I was able to bring the enemy Carrier down. Luckily it was just one enemy Carrier against mine, but I can see where staying with the group can (and would) be a very successful and dangerous formula.

After all of this fun, we were able to have a little one-on-one time with some of the developers, which was awesome, as we got to hear their passion for the games that they’ve spent months crafting to perfection. We were able listen to how they took great care on making sure that every vehicle that they made was not just historically accurate, but looked and moved correctly. The wheels in the tank treads all moved up and down independently of one another as they encountered bumps and rocks in the road. Ideas were being shared not just between developer groups but also from console to computer. They were taking the ribbon idea that was put into the 360 version of World of Tanks and adding it to WarShips. They were taking great care to ensure that they remain free-to-play, not pay-to-win! If you wanna pay to get that really awesome premium Tank, Plane, or Ship, then go ahead. It would give you a only slight advantage over the guy who is grinding his way to that same vehicle. These ideas and concepts were shared between computer and console to bring the gamer the best experience possible.

I walked away from this little press event confident that Wargaming is a company building its game for its audience while staying true to the historical nature of the era that it represents. Though proud as they were of how far they have come in such a short time, I was saddened to hear that there were no immediate plans to brings these games to PlayStation. That is a bummer, for I could see myself losing several hours of my life to WarShips, just like I did to Warhawk!

So if you haven’t already been playing World of Tanks or WarPlanes, then you should — be it computer or console. These games are fun, competitive, and challenging. World of WarShips is in a closed beta. You can head over to Wargaming.net or WorldofWarships.com to either pre-order the game or, if you were lucky enough to get a invite code, activate your invite code.

Whether you Roll Out, Get Airborne, or set Action Stations, you’ll have fun playing any of these games! 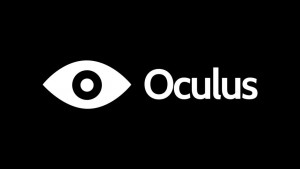