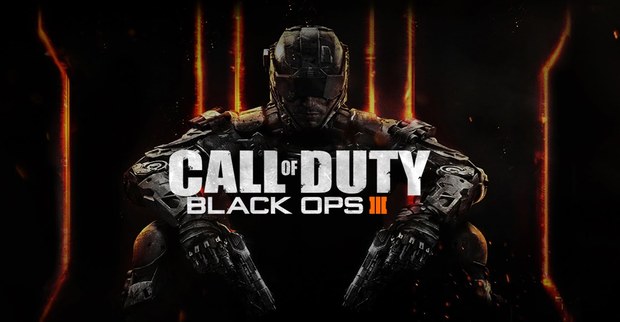 I was watching a friend play Call of Duty Black Ops III and the game focused on the theme of bio augmentation. The concept of replacing body parts with mechanical substitutes. While Black Ops III isn’t the first game to approach the subject, it seems like the concept is far from reality.

I am seeing more and more people using 3D printers to create prosthetics to replace missing limbs. These marvelous creations provide a great deal of support, aid, and confidence to those who are missing limbs and it helped the protagonist who lost his/her limbs (gender based on the character you created) during a black ops mission. The interesting part of the plot, which stirred up attention between me and my friend, was another character who elected to have his limbs replaced with robotic upgrades.

We were watching the character sign up for an operation that replaced his limb with military grade arms and legs and we were thinking would it be worth it for anyone to replace a healthy part of the body with something better.
I am not talking about replacing a broken or damaged body part with something artificial. That part may be crucial in someone’s mortality (examples: pacemaker, limbs for those who lost parts in battle or health issues, artificial hips, etc.). I am focusing on the point of willfully choosing to take a perfectly normal and healthy part of your body and say substitute it with a high tech artificial replacement.

As a gamer, it is cool to have your character have these abilities for multiplayer matches and thwarting the main villain of the game, but is this concept was a reality, would we really want members of our military going through these types of procedures?

These notions could give our military an advantage in defending our country, but is it worth it to ask those who defend the land to go through such steps? These are permanent steps in a person’s life. They affect not only the career of the military personnel but also the everyday life of that person. These augmentations will be a reminder to that person beyond his or her military career and sadly these changes could be brought on by choice. A choice that can be hard to make.
A good amount of military comeback from their service and face some difficult times adjusting to civilian life. Many veterans have a hard time finding work after serving their country due to many employers overlooking veterans as potential applicants. How hard would it be for a veteran be able to ally for a job when the individual replaced body parts with robotic limbs meant for combat?

In current America society, PSTD affects over 12% of Iraq War and Afghanistan War Veterans in the US creating a complex lifestyle for those who defended their country. How would PTSD affect people if they had to spend the rest of their lives with replacement limbs meant for war? Can these enhancements be modified for civilian purposes? Can society accept this level of change?

If we can accept this change, to what extent can we accept it? To what extent can we continue to modify ourselves with technology May father was a very successful computer programmer for a fortune 500 company. My father was the head of division that worked to resolve the Y2K issue in his company. He told me there was a saying for those in the tech field.

“The moment you take the computer out of the packaging, it is obsolete.”

This message follows along the constant new model on current technology. How many of you waited in line for the iPhone when it first came out? How many of you were amazed by the marvel that one device had? Did you keep your first iPhone over the years or did you trade up to newer models and you now have the latest model iPhone? If we feel that way about the technology in our phones, how would we feel about the technology that replaces our eyes or legs? Would someone feel weak because the techhands model 7A is out and that person has the techhands model 6? How long can one entertain this notion?

Let’s move aside from military applications, career opportunities, and latest model upgrades. Let’s look a one rather strong perspective that is as old as we are. Love and care for our family, friends, and loved ones. If you chose to sacrifice what you have now for the sake of artificial enhancements, how would that interact with those you love? Envision holding a family member or partner in your hands today. Imagine how she or she fees in our hands and their reaction. Now how different those reactions are with the same types of limbs in Call of Duty Back Ops III. Can you accept that change?

These are some difficult and vital questions to look at since technology keeps advancing to new and accelerated levels. These questions have only scratched the surface; I haven’t discussed the concept of discrimination based on one person’s decision. It may be decades from this step, but it is not too late to discuss this concept now because there is no easy answer to this topic. Both sides of the argument could hold some valid point in the elective choice for augmentation. So I pose this question to you: Would you choose such a procedure? Would have an operation that replaces perfectly working limbs for new technology? I invite you to share and discuss your points.