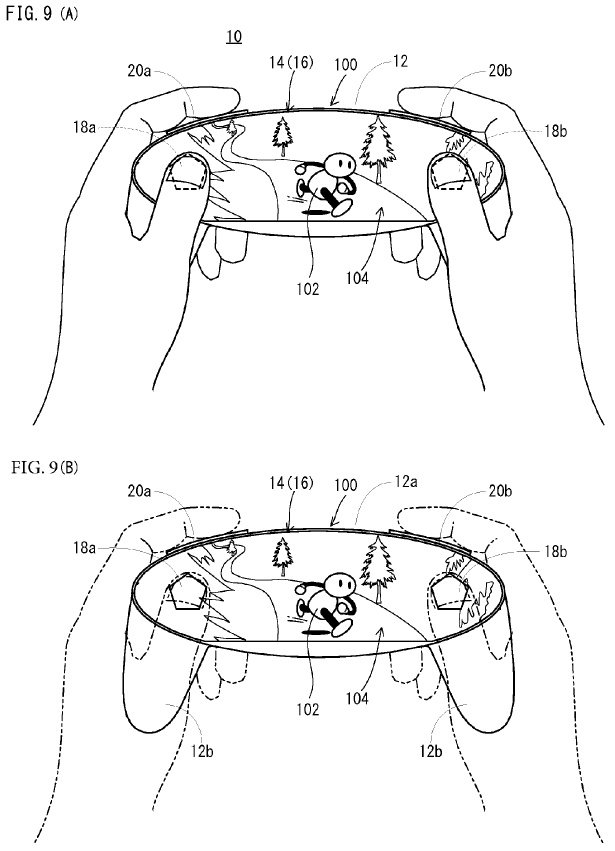 We trust you Nintendo, but you just make it so difficult sometimes.

Yesterday, Nintendo officially filed a patent for their newest hardware video game controller published. The patent was filed back in June and was released only recently. Found on Free patents online, you can read the entire 250 plus lines of the patent for yourself. The patent does detail all of the bells and whistles that the new controller will seem to offer.

As seen by the diagrams above, this is not your conventional video game controller. There will at least be two control sticks on each end of the device, which itself seems to be a small display as well. The controller itself is quite an odd shape, appearing small in size and oval in its structure. It is still unclear as to how exactly this controller will be used parallel to the NX, but for those hoping for a more conventional way to play, you may be out of luck. The technology behind this device is advanced however, as it will have a touch screen that uses a free-form technology from Sharp.

The idea for a remote control that seems to be mostly based around a touch screen as well as gimmicks may show that Nintendo is not ready to jump headfirst into the competitive gaming market as a major contender with the PS4 and Xbox One. Ever since the release of the original Wii, Nintendo has been focused on doing its own thing and this information only solidifies the rumor that Nintendo is just about ready to reveal details about the NX. All we have to do now is wait for them to really wow us with their idea of the future of gaming.