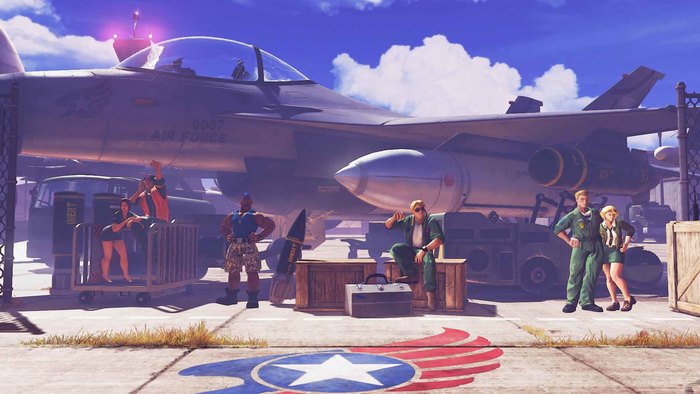 Capcom has revealed today that Guile will be available for free to all players in the newest April update to Street Fighter V. Guile’s battle suite will also be free for all season pass members. Along side the newest character Street Fighter V has it’s first DLC map and it is none other than the classic Air force Base. The map will be available for an in game purchase of 70,000 FM, and season pass owners will receive this map for free. In the April update there is also a new “Rage Quit” system designed to punish players that frequently disconnect during matches. This system will target players that have a high rate of disconnecting from matches and will lock them out of match making for a period of time. Capcom also noted that they have improved matchmaking by making it easier to create and join Battle Lounges and have loosened restrictions on finding other players.