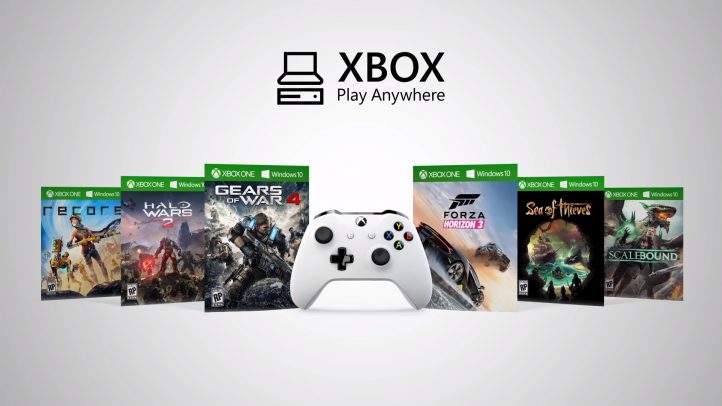 With the new initiative by Microsoft, Play Anywhere, a lot of people are asking, “why do I need an Xbox if everything is coming out on PC as well?” While this is a good argument, Microsoft does not have to care. With the 20 million Xbox Ones to Sony’s 41 million PS4s, Microsoft has to widen the range of their games if for nothing else there own sales; not to mention it gives 3rd parties the ability to widen their sales of Xbox exclusive content. The issue is however, are they trying to compete with Steam. If they are, they will not get anywhere. Valve controls the PC market, but what if Microsoft can offer their games like, Halo, Gears of War, Crackdown to people with high end PC’s, something they can not get with Valve. I do not think Microsoft is trying to compete with anyone. I think they have started the initiative to let gamers play their favorite games, no matter where they are. According to GoSquared, an analytic software that tracks different types of data, 13% of windows traffic is Windows 10 and it is steadily climbing. This implies that Microsoft is opening up their games to a 13% of 1.25 billion home PC’s. However, not all of these PCs will be gaming ready so that must also be taken into account. With this in mind, Microsoft has potentially opened up to a bigger install base then that of even the PS4. Only time will tell if this is a good move or not, but one thing is for sure, Microsoft should not care if you are buying their games on Xbox One, or Windows 10.