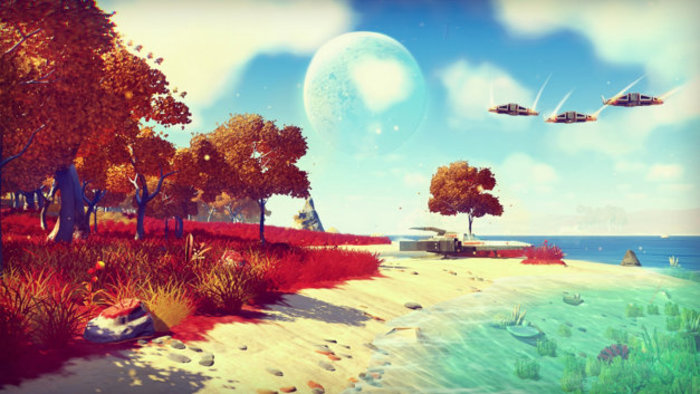 Last week, Sean Murray, lead developer of No Man’s Sky and co founder of the small indie studio Hello Games, took to Twitter to announce that the highly anticipated space exploration game had finally went Gold and will be launching on it’s promised date in the U.S. on August 9th of this year.  A lot of hype has circulated around this game since it’s original announcement at E3 back in 2014, and since then players have been wanting to completely immerse themselves in the endless, beautiful, unknown regions of this PS4 exclusive, that has been in development for nearly 4 years.

Earlier today, Sony EU posted a new trailer for what seems to be part of a four part Pillar series; The first being titled Explore, and show cases many of the games various wildlife, biomes, and overall sheer size of the universe you will be exploring.  The other three trailers presumabely will be titled Fight, Trade, and Survive and will hopefully lay the “What do you do in this game?” question to rest.  In the meantime, click on the video below to view the latest trailer.
For more on No Man’s Sky, keep it locked right here at ProvenGamer.com!