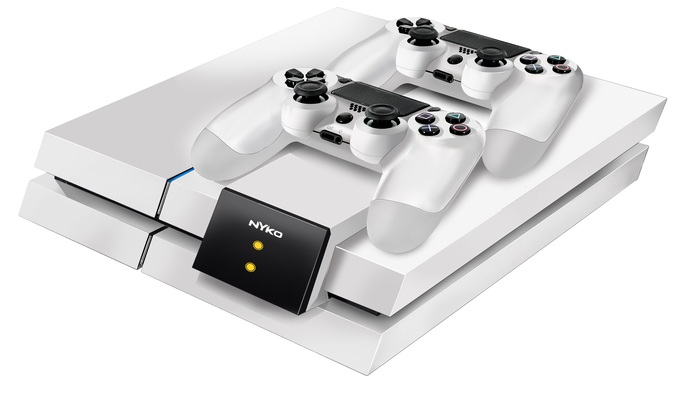 “We set out to create a single charging dock design that users could daisy-chain to accommodate multiple controllers for either system, a product that adapts to gamers’ playing habits,” said Chris Arbogast, Nyko’s Director of Sales and Marketing. “The result is a more versatile and flexible charging solution that supports both of the major console controllers, minimizing the amount of space required for gamers to stay powered up in one elegant design.”

Charge Block for PlayStation 4 comes with Nyko’s patented micro-USB dongles for charging the controller’s internal battery, designed for simple drop and charge functionality. The PS4 Charge Block Solo may be purchased at an MSRP of $14.99, while the Charge Block Duo is available for MSRP $24.99.