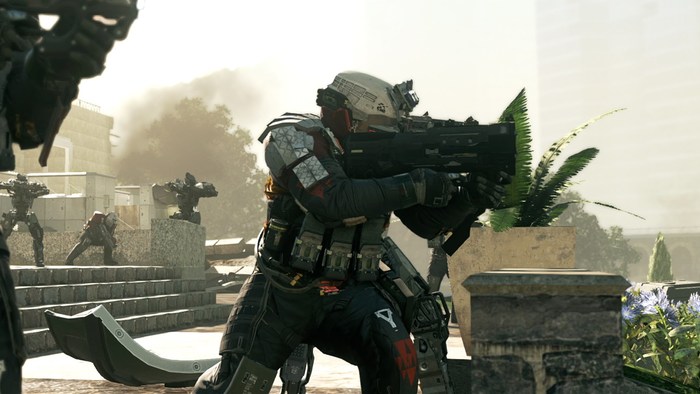 Hot off the worldwide reveal at Call of Duty XP, the wait will soon be over for fans itching to get their hands on with Call of Duty: Infinite Warfare’s multiplayer. Those who have pre-ordered the game on PlayStation 4 will be able to join the beta first, starting on Friday, October 14th.  The beta will continue on Friday, October 21st for Xbox One owners, and will conclude Monday, October 24th.  Although there is a PC version of the game scheduled for release, no multiplayer beta has been announced at this time.

Call of Duty: Infinite Warfare multiplayer allows you to customize  your play like never before, with the fast paced gameplay that Call of Duty is known for, giving you more ways to optimize weapons and gear to your personal style of play. Infinite Warfare introduces the most advanced tools of war: combat rigs, high-tech equipment and unique prototype weapons.  Everything – including weapons, equipment, lethals and tacticals – has been built for a variety of play styles, where you have the power to combine them however you want. Movement in Infinite Warfare multiplayer builds from the fluid, momentum-based system of Call of Duty: Black Ops III and is evolved to custom-fit the new combat that will still feel familiar to any Call of Duty player.

Click the video below to watch the Call of Duty: Infinite Warfare – Multiplayer Reveal trailer!