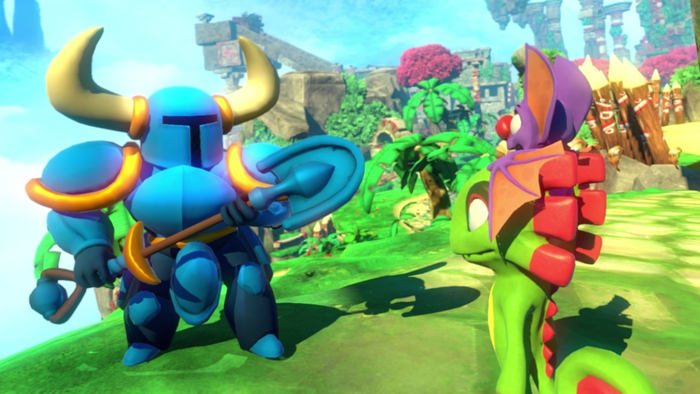 Developed by Playtonic and published by Team17, Yooka-Laylee stars the charismatic new buddy duo Yooka and Laylee, who use an arsenal of special moves to explore – and expand – gorgeous 3D worlds filled with collectibles to discover, secrets to unlock and a cast of quirky characters to meet (or defeat).  Known as a spiritual successor to Rare Software’s Banjo-Kazooie.

Following the worldwide consumer premiere at the UK’s biggest games event, EGX, the all-new trailer focuses on the multitude of unique, colourful characters that inhabit the world of their hotly anticipated open-world platformer, Yooka-Laylee. Team17 and Playtonic Games have also revealed that they’ve teamed up with the talented Yacht Club Games to bring their eponymous hero Shovel Knight to Yooka-Laylee in a special guest appearance.