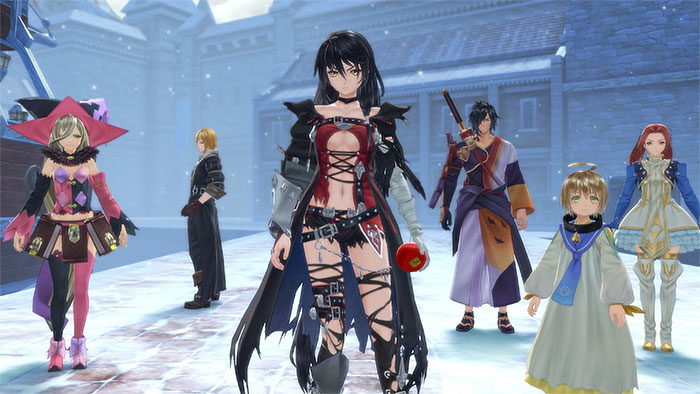 BANDAI NAMCO has announced that the TALES OF BERSERIA demo is available today to download for both PlayStation 4. The demo gives players a sneak peek at the explosive drama and action waiting for them in the latest entry in the long-running Tales of series.

The pre-order pages are also available on STEAM and PlayStation Network. Fans who pre-order TALES OF BERSERIA will receive a 15 min exclusive skit in original version with English subtitles. Pre-orders on STEAM will have a 10% off if players already have Tales of Zestiria or Tales of Symphonia. Fans on PlayStation 4 will also receive 3 soundtracks and a PlayStation theme.

In TALES OF BERSERIA, players embark on a journey of self-discovery as they assume the role off Velvet Crowe, whose once kind demeanor has been replaced and overcome with a festering anger and hatred after a traumatic experience three years prior to the events within the game. Velvet will join a crew of pirates as they sail across the sea and visit the many islands that make up the sacred kingdom of Midgand in an all-new adventure developed by the celebrated team behind the Tales of series.

TALES OF BERSERIA will be available on January 27th, 2017 for the PlayStation 4 and PC via STEAM. For more detailed information on the newly revealed features, please head to the official Tales of Blog. Check out the “The Calamity and The Blade” trailer below.