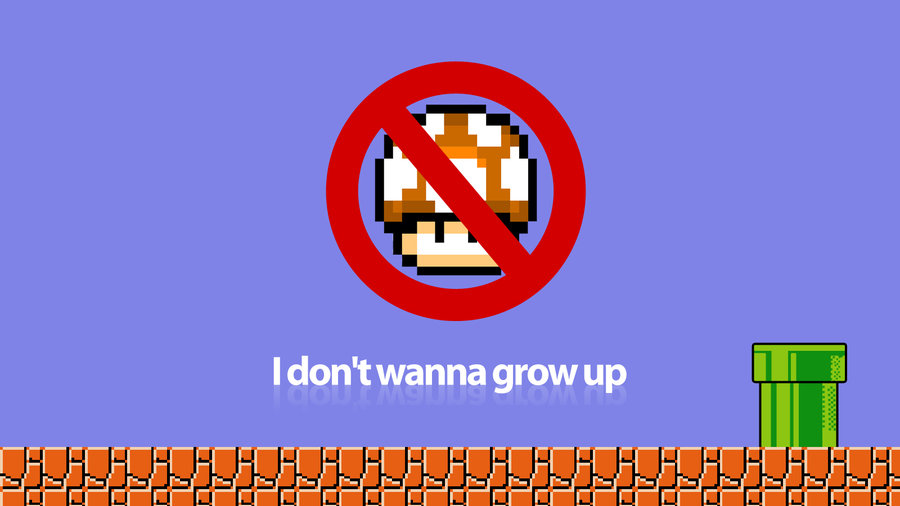 This has always been a view of mine, and finally I’m putting it on paper, well the internet.

I remember as a kid, playing my first video game when I was 5 years old and mastering it the best I could while hearing constantly from my mother to go outside and play. Here it is now, 25 years later, buying gaming accounts from aussyelo, playing only the best games, and always on the lookout for a new ones on ethershock. With the case being heard in the Supreme Court about the proposed law in California to restrict game sales to minors, just shows the obstructed vision people have about video games. There is already a system in place to stop the sale. Its called the ESRB. Just enforce the system! There is no reason to waste our tax dollars and time! Now this isn’t going to be an article on the case but rather on the general topic of video games and what they are now.

In my humble opinion video games for the most part are no longer for kids. Back in time when Mario Bros. and Duck Hunt were the games of choice, video games were geared towards kids. But today, games like “Alice, The Madness Returns, Call of Duty, and Duke Nukem Forever”, games are geared towards adults. Even with a game like “Duke Nukem Forever,” while most of the appeal of the game was the nostalgic factor from playing the game as kids, but even back then the game was adult themed. I am a father now and I would never dream of letting my daughter play an M rated game until she reaches an acceptable age. I barely even let her sit in the same room as me while I’m playing certain games.

It burns me up when I’m standing in my local video game store and a parent comes in to buy a game for their kid without even know what they are buying. I’m not saying every parent should be into video games. I’m simply saying that a parent should at least do some research on a game before letting their kid play the game. With simple use of internet search engines like Google, there is no reason why a parent should be without the information of a certain game.

Sorry for that little rant there, but it just needed to be said!

Now back to my point. With games today, being adult themed, isn’t it about time we shed the image that video games are for kids? Sure there are still games out there for kids. I’ve gotten the platinum in most of them (that was for hardrocknguy), but those games mostly come out for a system that is still living in the past, the Wii. That wasn’t a fan boy comment, it’s just the truth.

With systems like the X-BOX 360 and PlayStation 3 costing the amount they do, not many kids are able to buy these systems, therefore it leaning to my point that video games are not just for kids. As an adult gamer who enjoys a game like “God of War” and “Metal Gear Solid,” I’m tired of having to justify my video game playing! The fact of the matter is that non-gaming adults for the most part, just don’t understand what the hype is. I love getting lost in the story of “Solid Snake.” To me it was like watching a 22 year long movie series. The same can be said for the “Uncharted” series because I never feel like I’m playing a game when Im playing Nathan Drake. I feel like I’m interacting with a Blu-Ray movie and this concept gives me the same enjoyment as someone gets from watching a movie or playing sports. Now, of course, video games isn’t a physical activity same as playing sports, but it still gives the same amount of enjoyment.

Okay, I’ve ranted long enough. I leave it up to you “Proven Gamers.” Isn’t it about time we shed that immature label and just admit video games are geared towards adult and just get on with our lives?