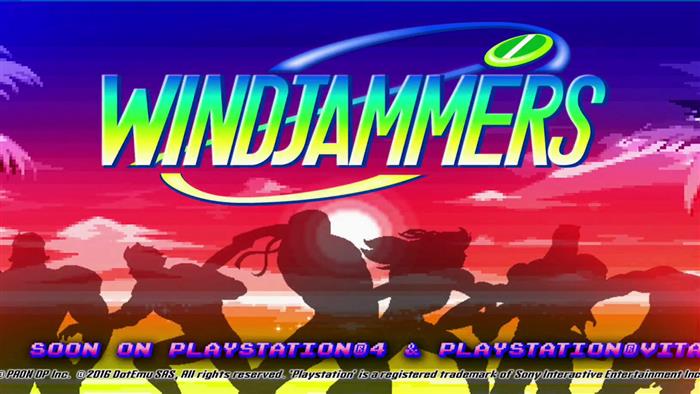 In July of 2015, developer Psyonix came out of nowhere with Rocket League. What started as a free PlayStation Plus game has now become one of the great success stories of competitive and indie gaming. In just one year, the game sold 5 million units and generated $110 million in revenue. This all from a game that was made on a budget of $2 million. Rocket League became the success it is due to three factors: A simple concept, easy to pick up controls, and a balance of competitive and casual gaming.

Two years later, I believe that there is a game on the horizon that will have the same surprise success as Rocket League. Windjammers originally hit the scene in 1994 in the arcades and NEO GEO. 23 years later, publisher and developer DotEmu is bringing the game back on PlayStation 4 and Vita. The closed beta for the game will run from June 8 to June 12 this summer. For some, this game will be a resurrection of a classic arcade game. For newer players, they have the chance to be introduced to a great competitive and casual game. Windjammers will have the same success as Rocket League because the same three factors will be what drives the core of the game.

To get things started, let’s take a look at the Windjammers announcement trailer from the PlayStation Experience last year.

The Concept is Easy to Understand, But the Depth is There: 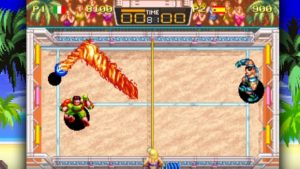 Just by watching this video, the objective of Windjammers becomes very clear. Players complete one-on-one on a court to throw a disc past their opponent into a point zone. Standard matches are played in best of three sets, with each set lasting 30 seconds. This is really all anyone needs to know to understand what is going on at a basic level. Somebody that has never seen the game can use the above information and know who is winning and who is losing a match. At the same time, there is depth to the game beyond the basic concepts. Each of the six characters has a skill set that is a balance of power and speed. They all have a special move that puts a crazy amount of speed, spin, or trajectory on the disc. The point zones on each court have three sections that are worth either three or five points. Depending on the court, this will change. Some courts also have obstacles in the middle which add another layer of depth to the game. The concept to Windjammers is very simple, but there are many layers of design that go into that basic idea. 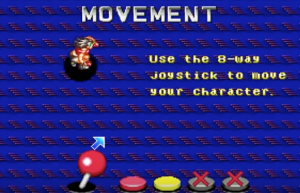 The arcade version of Windjammers featured a simple two-button design. The joystick, which controlled movement, a primary button, and a secondary button was all that was needed to jump into a match. The primary button was used for a basic, straight throw. By rotating the stick before a throw, players are able to make the disc curve in different directions. The secondary button was used for a high arcing lob shot. This is all that was needed for a beginner to dive into Windjammers and have hours of fun. Much like Rocket League which only requires a jump and turbo button. However, also like Rocket League, there is a  depth to Windjammers for competitive players that give competitive players a multitude of strategies to master. By reading opponents and getting to the disc early, players can pop it into the air and charge up super and power throws. These types of advanced moves will allow the cream of the crop to rise in Windjammers. At the same time, the casual audience will still be able to jump in and enjoy the game with their friends using the basic controls.

Casuals Will Love Windjammers, But So Will eSports: 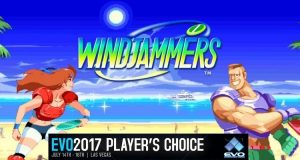 Due to its simple concept and control scheme, the casual gamer will love Windjammers. It is the perfect party game for friends. With online ranked play coming to the game, the online community should thrive as well (assuming the notched is solid). Ranked leagues and matches will allow the best players in the world to rise above the rest. This will lead directly into Windjammers finding its spot in the eSports world. Even before a release date has been announced, the game was listed as one of the options as part of the of the final slot donation vote for EVO 2017. One of the bi-weekly fighting game tournaments here in Arizona has already said that the game will be part of the schedule once it is released. Last year, Rocket League finished number 41 on the highest earning games in terms of prize money. I would expect Windjammers to find a spot in a very similar area. It won’t ever be the biggest game in eSports, but it will find its niche.