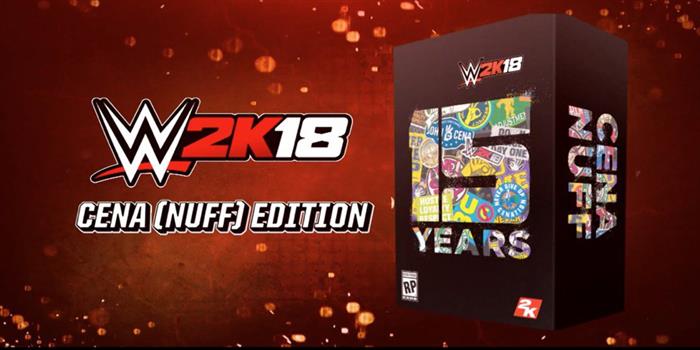 2K has released details on the Collector’s Edition for WWE 2K18. The Cena (Nuff) Edition will be available on Xbox One and PlayStation 4 for $149.99. This edition of the game will be limited to 30,000 copies. Check out the full list of what is included below:

Check out the reveal trailer for the Cena (Nuff) Edition edition below: