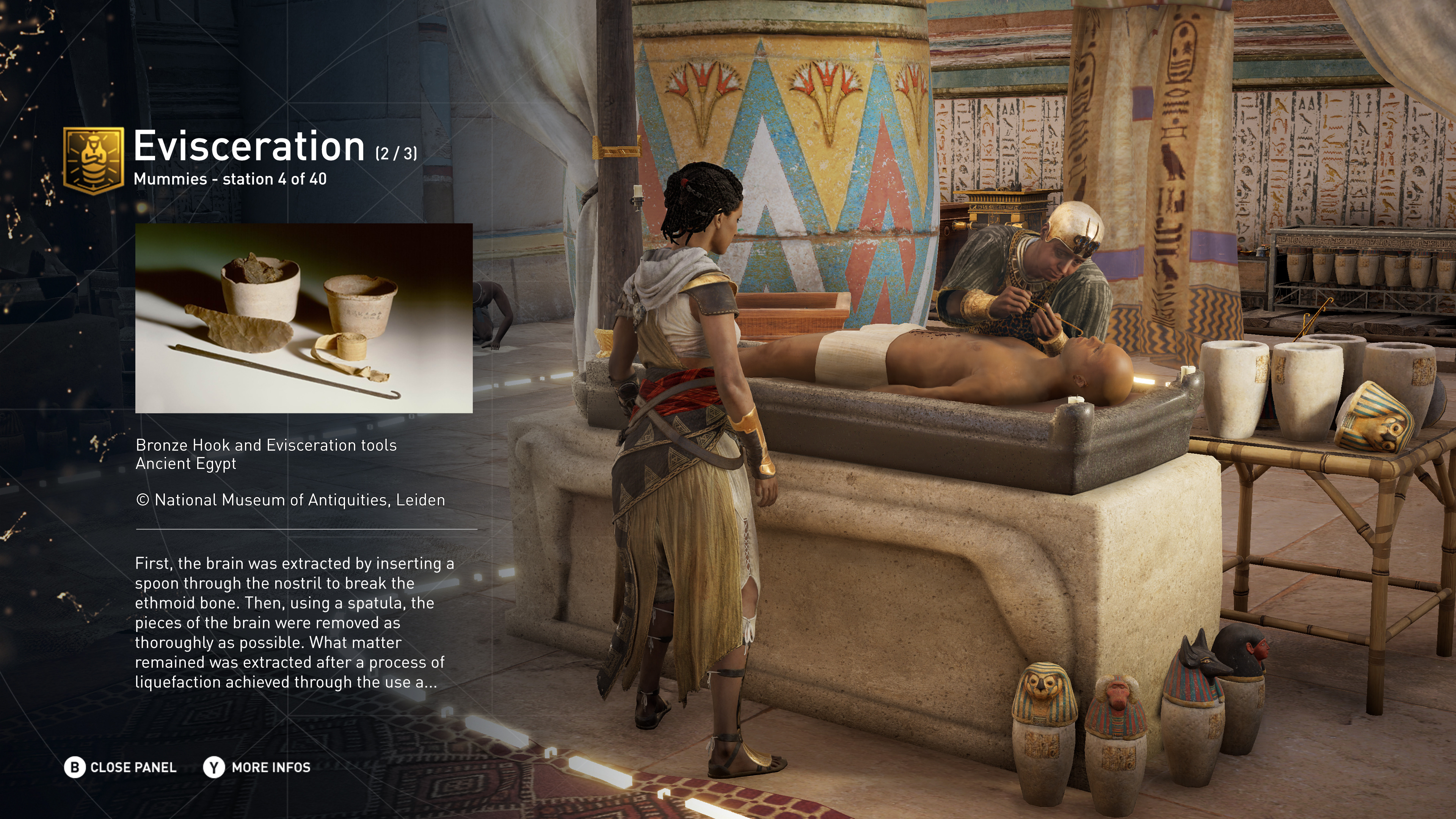 Assassin’s Creed: Origins will receive a free update post-release adding a mode dubbed “Discovery Tour”. Releasing sometime in 2018, Discovery Tour will take assets from the game and place them throughout the open world. Players can visit places like Alexandria, Memphis, the Nile delta, the Giza plateau, the Faiyum Oasis, and the Great Sand Seas to see NPCs going about their daily routine. In place of combat is a series of guided tours meant to teach players about the games setting and historical significance all arranged by actual historians.

When asked about how this mode came about Creative Director Jean Guesdon had this to say:

“From the beginning, the Assassin’s Creed franchise has always explored pivotal moments in history, from the Third Crusade to the Italian Renaissance, and this year Ancient Egypt. It’s a dream come true for us to offer Discovery Tour by Assassin’s Creed: Ancient Egypt, an educational mode built specifically for people to learn more about the incredible history of Ancient Egypt through the interactive experience made possible via a video game.”

Assassin’s Creed has always been a bright spot in games that teeter toward educational without being too in your face about it. Now those of us that may have wanted a bit more context with all our bloody, brutal combat can have just that.

Assassin’s Creed: Origins is set to release on PC, Xbox One, and PS4 on October 27th.