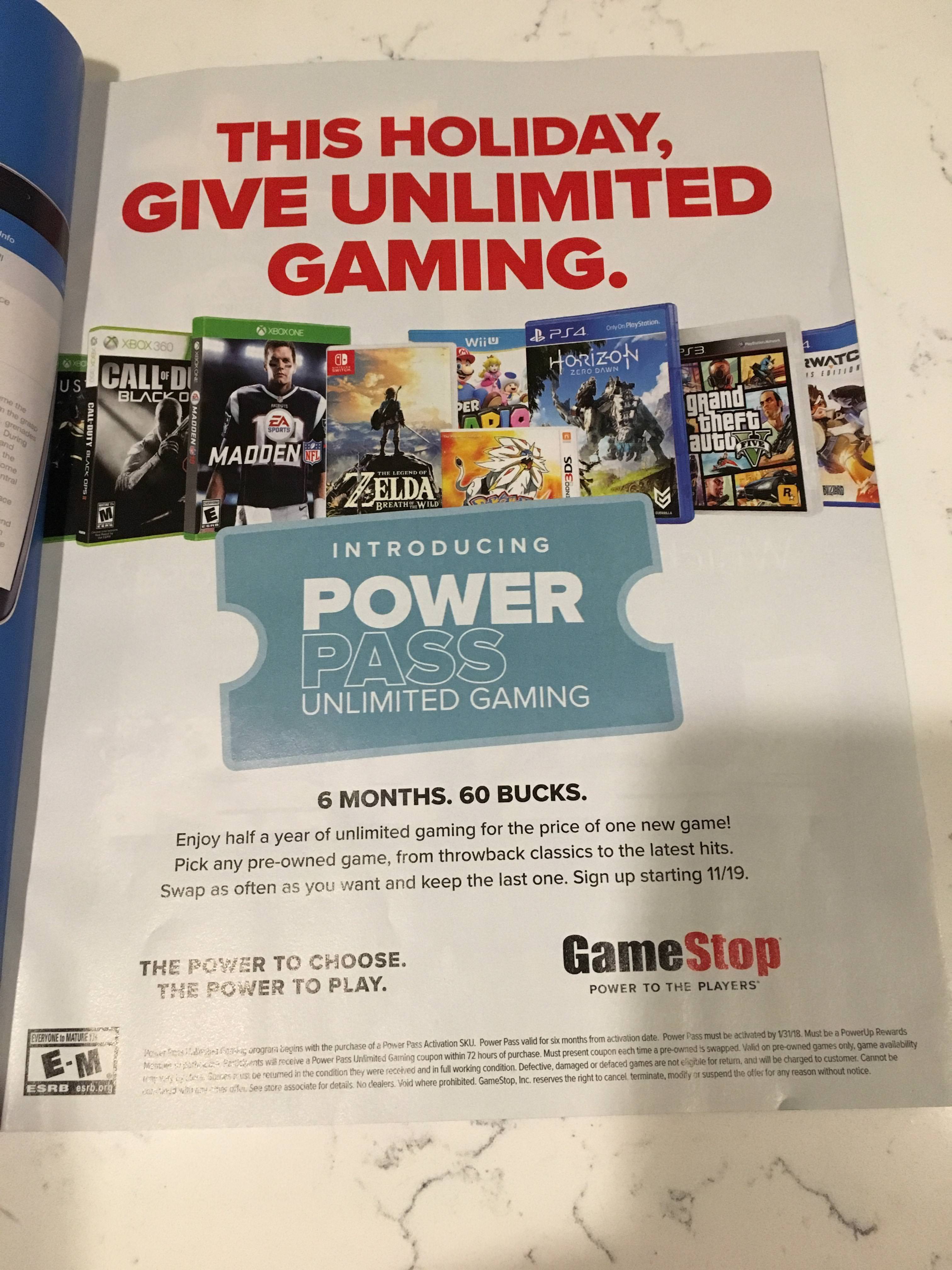 Though not formally announced, the Power Pass will allow those who buy in to go into Gamestop and swap out used games an unlimited amount of times over the course of six months. At the end of the 6 month period you’ll get to keep one game. How that last bit works is up in the air at the moment. What if I get a game I don’t like? Am I forced to keep it unless I re-up my subscription? What if I wanted “Popular new release X” But end up with two year old garbage.

Hopefully the formal announcement is a bit more detailed. At the moment this seems like a pretty underwhelming deal unless you’re lucky enough to get the newest of the new releases at the end of your six month sub.